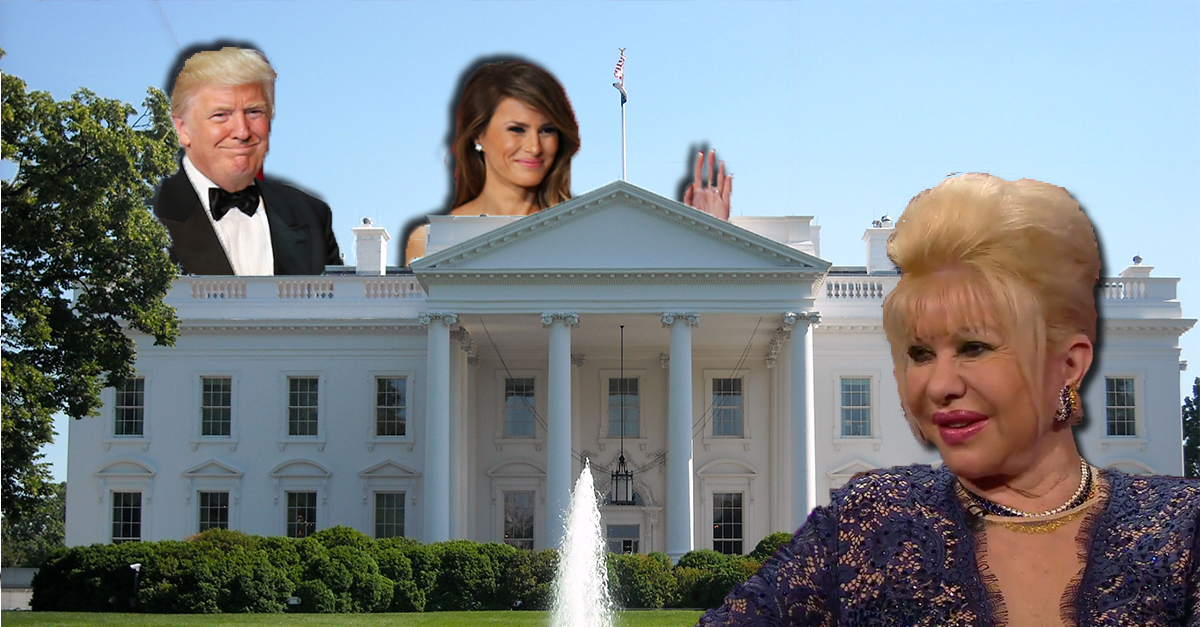 Ivana was President Trump’s first wife and is the mother of his three oldest children: Donald Jr., Ivanka and Eric. Because of this, she’s taken to calling herself a “first lady,” something that the actual first lady does not take kindly to.

“Well, I said I’m first Trump lady,” she explained during an appearance on the “Ray D’Arcy Show” over the weekend.

But Ivana didn’t stop there. She decided to throw some shade Melania’s way:

When asked if she thought Melania was doing a good job as the first lady, Ivana replied, “I think she’s trying her best.” Her response prompted a shocked reaction from her host and the audience.

Ivana Trump responds to the fallout with Melania after Ivana apparently declared herself the real first lady. Asked if Melania is doing a good job 'I thinks she's trying her best' …. #raydarcy pic.twitter.com/SiQI9peYHB

Ivana first publicly referred to herself as the “first lady” in an October interview with “Good Morning America.”

She was speaking of a previous life when she was married to the president from 1977 to 1992. The pair then divorced following Trump’s affair with his eventual second wife, Marla Maples. Trump and Maples, who parented Tiffany Trump, were married in 1993.

The comments did not go unchallenged by Melania, Trump’s current wife and mother to the youngest first child, Barron. A spokesperson for the actual first lady released the following statement:

Though she still harbors a grudge against Maples, Ivana insisted that despite the separation, she and Trump remain good friends.

RELATED: Ivana Trump claims she raised her children on her own: “Donald was always busy and making the deals”