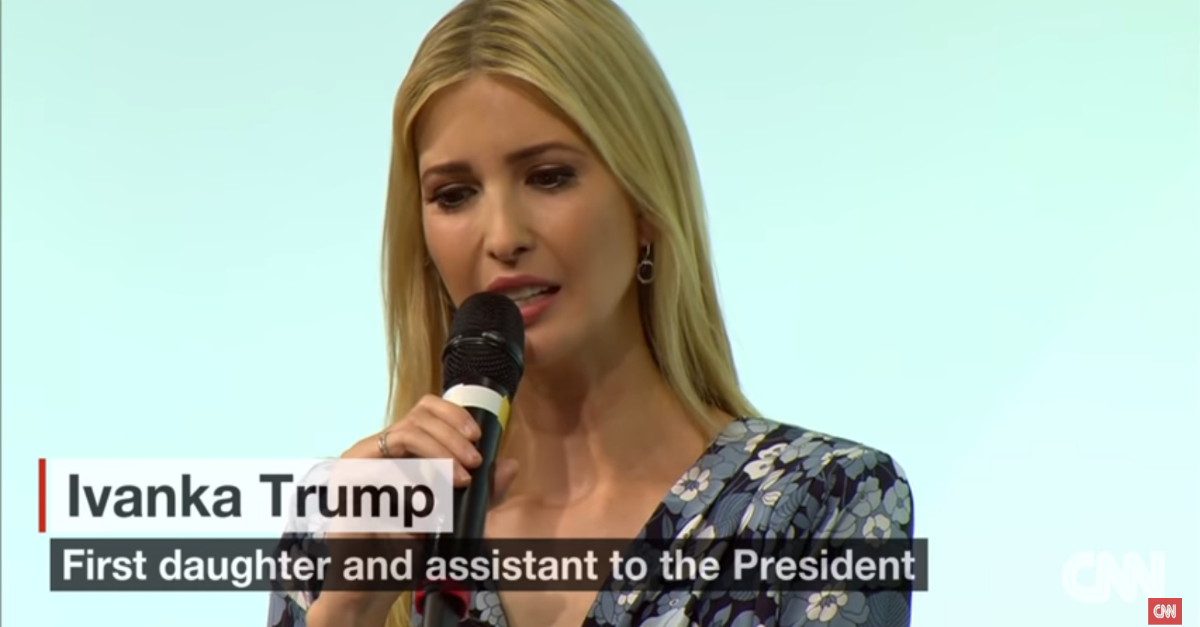 While on a panel, Trump faced tough questions about her father, whose public treatment of women is troublesome to many. Other questions involved her service in the White House, including one about her role as first daughter.

Miriam Meckel, editor of German business magazine Wirtschaftswoche, informed Trump that Germans did not have a concept of a first daughter. She asked if Trump would explain her duties.

“I am rather unfamiliar with this role as well, as it is quite new to me,” she admitted.

The first daughter said that she attended the summit to learn and take those lessons back to the United States. Trump also provided some personal insight on her role in the White House.

“So I think in my personal experience — and you were asking me about my role as daughter — and as adviser, as a daughter, I can speak on a very personal level knowing that he encouraged me and enabled me to thrive,” she answered.

RELATED: According to one of the First Kids, Ivanka Trump helped influence the president?s airstrike in Syria

Trump has faced a number of criticism and comments on her active role in the White House, while First Lady Melania has maintained a softer presence. Both Trump and her husband Jared Kushner have also faced criticism for their unofficial, yet high-level roles in the White House.