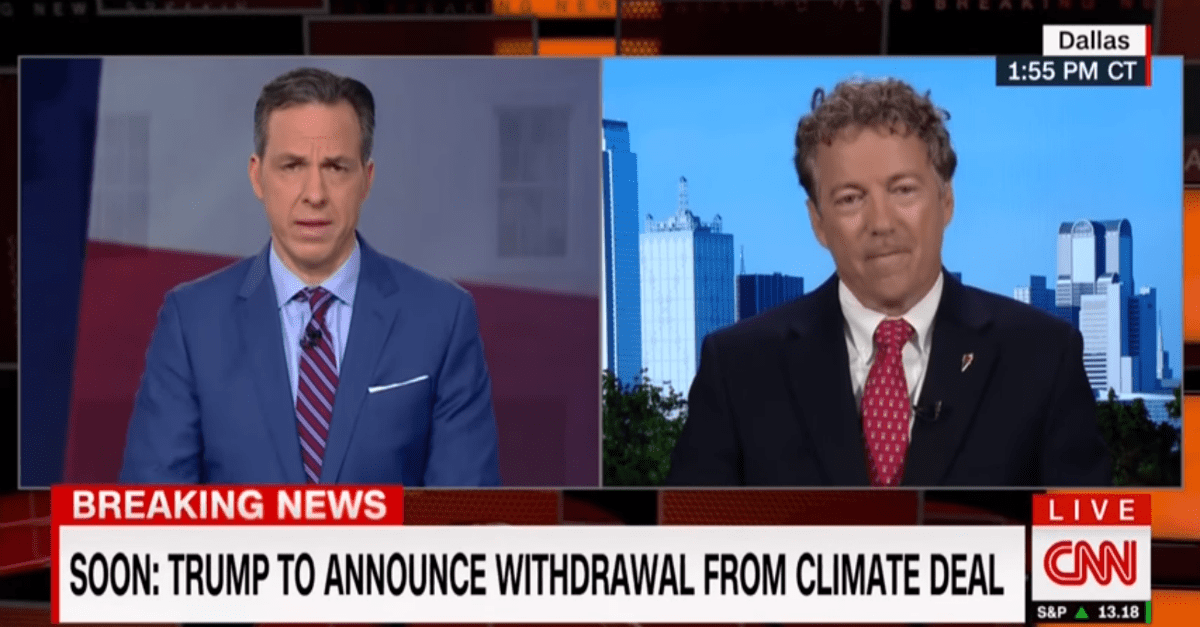 President Trump announced on Thursday his intentions to withdraw the United States from the Paris climate agreement.

Reactions were split, with an overwhelming number of Republicans like Sen. Rand Paul (R-Ky.) supporting the measure. In a Thursday interview with CNN’s Jake Tapper, Paul praised Trump’s actions.

After mentioning the agreement would threaten more jobs in the energy sector, the senator and the CNN anchor had a spat over climate change facts.

RELATED: Things got awkward between Geraldo Rivera and his Fox News colleagues after they couldn’t agree

“How much should the U.S. reduce its carbon footprint?” Tapper asked.

RELATED: After President Trump withdrew from the Paris Climate Accord, Michael Bloomberg made a generous offer to the UN

Tapper said that Paul could see the effects of climate change on NASA’s website. Paul refuted the accuracy of modeling, noting continuous readjustments in practices and discrepancies in predictions.

Paul again spoke of the models bring used to predict the future, which he noted was “notoriously difficult.”