During a sprawling press conference on Thursday afternoon, President Donald Trump took many, many shots at the media, especially CNN.

When breaking down the president’s address following its conclusion, Jake Tapper focused on how the president seemed fixated on the statistics about his presidential election. The president repeatedly brought up his Electoral College victory and at one point stated incorrectly that he had the largest electoral college victory ever. This statement and a reporter’s attempt to correct him caused Tapper to cringe.

“It’s not just about electoral votes, it’s about the fact that he’s still fixated on whether or not he legitimately won the presidency,” Tapper said.

“President Trump if you’re watching: you’re the president; you legitimately won the presidency.”

Before the CNN panel went on to someone else, Tapper gave Trump one bit of advice.

“Now get to work and stop whining about it.”

Tapper would later say that he hoped that the president would talk about things that Americans actually cared about.

“Nobody cares about the ratings of CNN,” Tapper said. 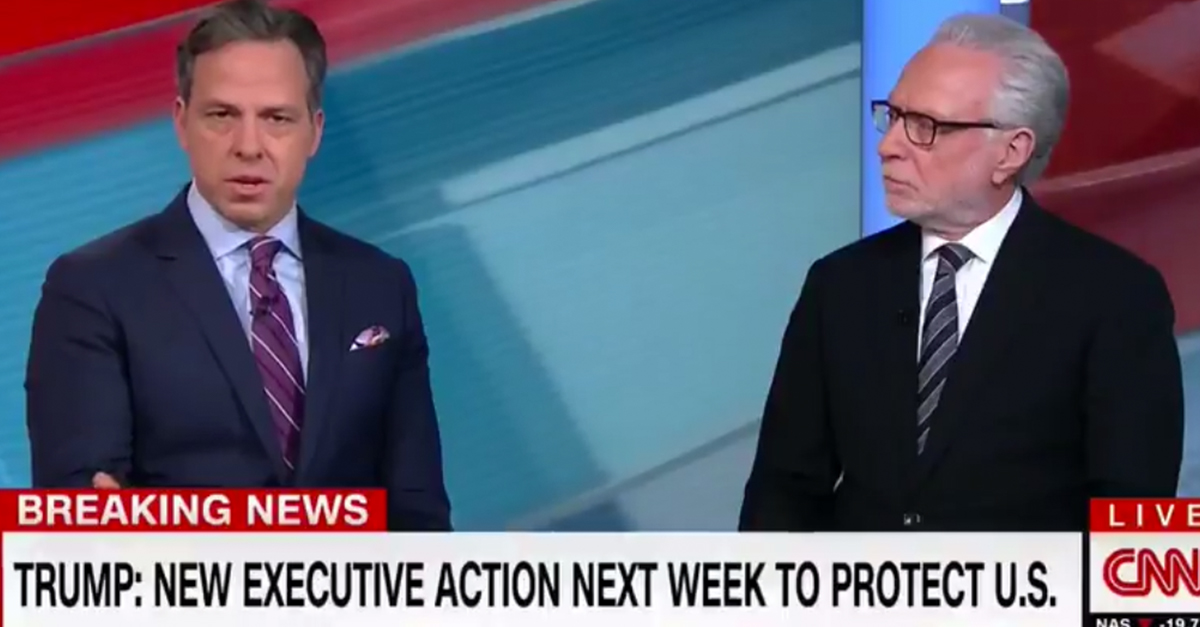