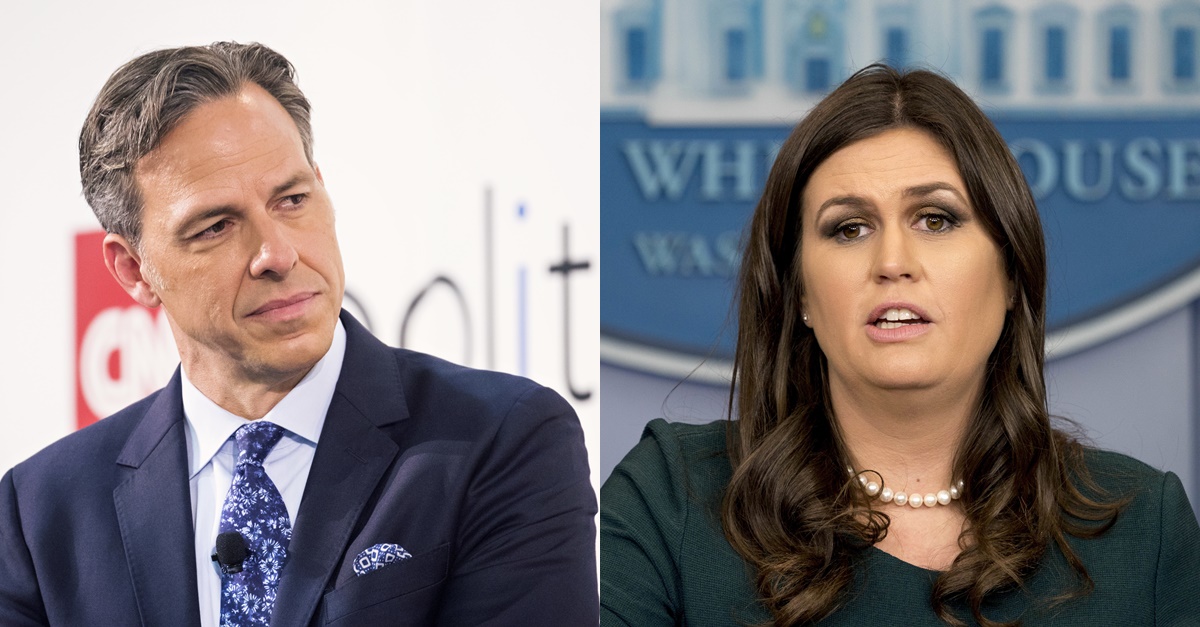 Jake Tapper gave a blistering response to the White House after it asserted that it was “highly inappropriate” for journalists to challenge a four-star general during a press briefing Friday.

“If you want to go after Gen. Kelly, that is up to you. If you want to get into a debate with a four-star Marine general, I think that’s something highly inappropriate,” White House press secretary Sarah Huckabee Sanders said when journalists challenged chief of staff John Kelly’s account of a speech given by Rep. Frederica Wilson (D-FL) in 2015.

On Thursday, Kelly said that during an FBI building dedication, the Florida congresswoman, who has criticized President Donald Trump for his phone call to a Gold Star widow, had boasted about how she raised funds for the building and failed to honor the fallen agents for whom the building was named.

Video of the speech has disproved Kelly’s account, but that didn’t stop the White House from pushing back against reporters.

Tapper continued: “There’s a long tradition in this country of questioning generals. You know who has done a lot of questioning of generals? President Trump.”

The host of “State of the Union” then went on to read tweets sent out by President Trump where he criticized generals.

I was never a fan of Colin Powell after his weak understanding of weapons of mass destruction in Iraq = disaster. We can do much better!

General John Allen, who I never met but spoke against me last night, failed badly in his fight against ISIS. His record = BAD #NeverHillary

How can General Martin Dempsey tell Obama that delaying the Syria bombardment will have no consequences? He is no Patton or MacArthur.