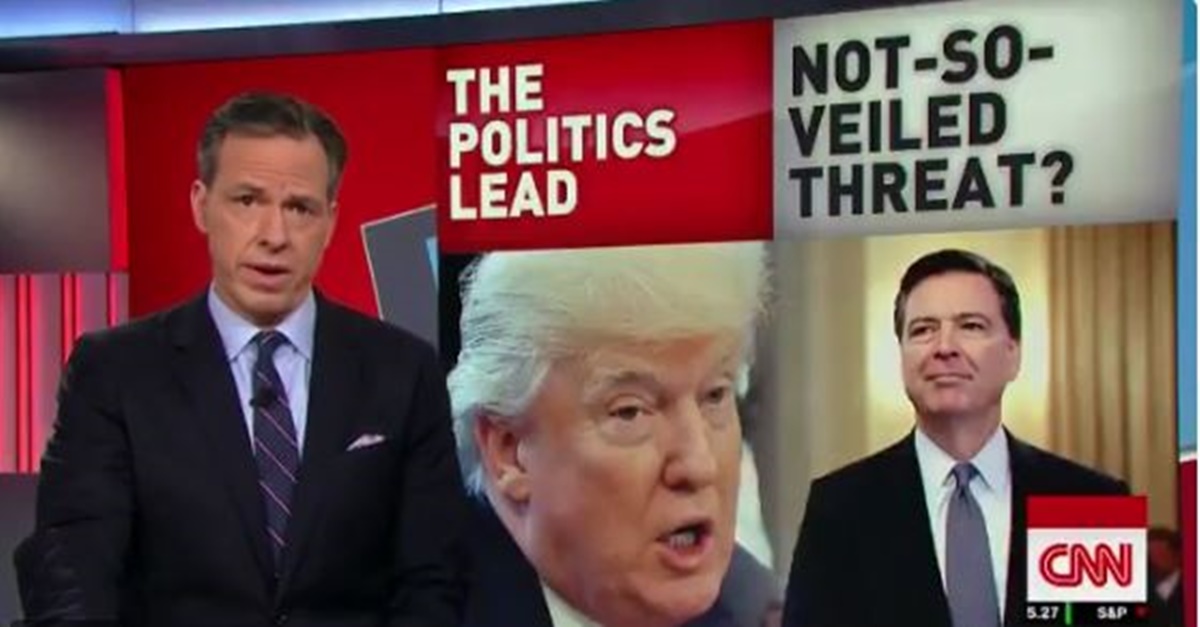 Jake Tapper is questioning how Republicans would have reacted if a Democratic president had fired the director of the Federal Bureau of Investigation instead of a Republican.

Although Republicans have said they’re troubled by President Donald Trump’s decision to fire FBI Director James Comey, they have been mostly silent on what many see as a highly questionable decision.

Tapper reported earlier in the week that Trump had fired Comey because he refused to pledge his loyalty to him and due to the Russia investigation.

Despite repeated denials from Trump administration officials that it wasn’t Trump’s decision to fire Comey, President Trump came out and said during an interview with NBC News that it was his decision and that he had “this Russia thing” on his mind when he made the decision.

RELATED: Jake Tapper calls out President Trump for a promised deadline that has now come and gone

Trump did, however, deny that he asked the FBI director to pledge loyalty, but he did say that it wouldn’t be “a bad question to ask.”

During his CNN show “The Lead with Jake Tapper” Friday, Tapper said, “FBI officials pledge loyalty to the U.S. Constitution, not to individuals.”

How would lawmakers respond if a Dem president asked FBI for loyalty, got denied, then fired them while they were probing their campaign? pic.twitter.com/9rtZ4VKx0N

Tapper also asked Republicans directly if they would have stayed so quiet if a Democrat had been the one to fire Comey:

How would they respond if a Democratic president asked the FBI director for a pledge of loyalty, was denied, and then––angry about an FBI probe into his campaign––fired the FBI director, stating in an interview that that’s the reason why he did it? Would lawmakers be as quiet in that scenario as they are being today? Did they not pledge allegiance to the same Constitution that Comey did?

Watch the full segment above.