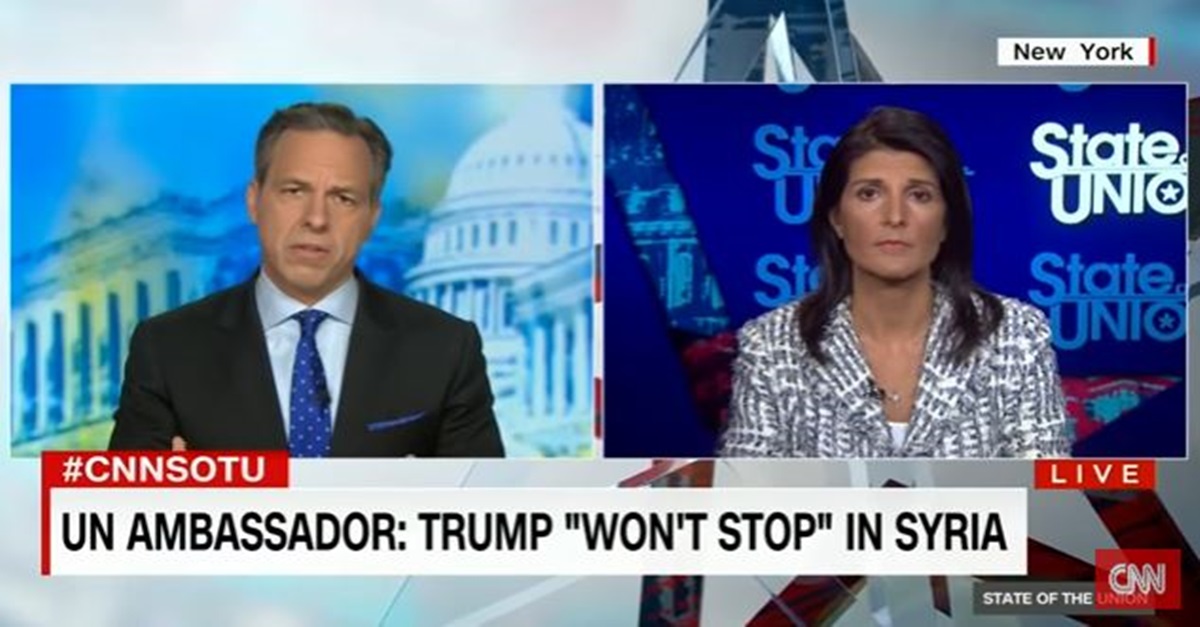 During an interview with Haley on his show “State of the Union,” Tapper played a clip of Trump’s comments from 2013, where he said, “It’s not that big an area. The airspace is very limited. So, now you have — what, do we start World War III over Syria?”

Tapper asked Haley to clarify if Trump still felt that Syrian intervention could lead to another world war, asking, “So, he was worried about starting World War III over Syria. Why is that no longer a concern? And why was the 2013 chemical weapons attack, which, as you know, was deadlier, not a trigger for him in terms of the principle of action in Syria?”

Haley replied that Trump “wasn’t president in 2013” and that she didn’t know his “thought process” then.

She added: “I can tell you what his thought process was this week, which was, he is not going to condone chemical weapons use ever.”