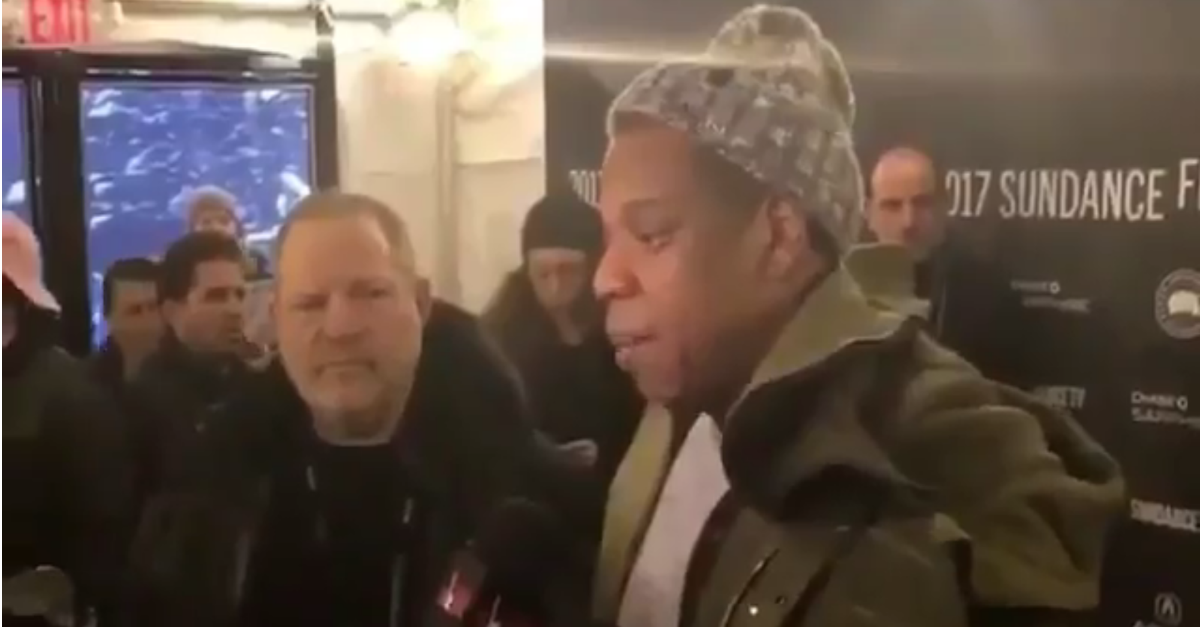 It’s safe to say you won’t be catching Jay Z on the Trump Train any time soon.

The Brooklyn rapper was asked about his thoughts on President Trump during an interview at the Sundance Film Festival.

“Not going to answer that,” he said, becoming visibly upset. Executive Producer Harvey Weinstein jumped in to shut the interview down.

Trump once criticized Jay Z during the 2016 presidential campaign, but also stated that he in fact liked the rapper. Jay Z and his wife Beyoncé openly supported Democrat presidential nominee Hillary Clinton in the 2016 presidential race. They were also very vocal donors, supporters, and friends of former President Barack Obama and former First Lady Michelle.

RELATED: The New York Times and Jay-Z teamed up in this short film to call the War on Drugs an “epic fail”

At the time of the question, Jay Z was attending a Q&A for a six-part documentary series about Kalief Browder, a young man who committed suicide after wrongfully spending three years in Rikers prison without a trial, at the time the question was asked.