Former Cuban dictator Fidel Castro passed away on Thursday. His death was celebrated by many American Cubans, many of whom had been separated from their families and faced tragedy as a result of his rule.

The ladies of ABC’s “The View” had stronger feelings than ever about the reactions to his death, particularly on the part of President Obama. The most vocal was co-host Jedediah Bila.

RELATED: Canadian PM is under fire for his chummy remarks about the death of Fidel Castro

Co-host Whoopi Goldberg brought up the criticim that Obama should have been more forceful in disavowing Castro. Co-host Joy Behar asked what was wrong with his statement right as Bila spoke up.

“I’m nauseated,” she started. Bila could not believe that anyone would speak about Castro with any sort of esteem:

Behar cut her off, but Bila continued to make her point:

Goldberg continued to talk about the nature of speech in America. Bila and Behar also confronted each other later on in the segment when Behar made the case for the Cuban healthcare system.

Co-host Sunny Hostin backed Bila, saying that though they rarely agreed on much, she too wanted a statement “acknowledging from our president that [Castro] was a brutal dictator, that he imprisoned people, that he murdered people.” Following her statement, Hostin agreed with a point made by Goldberg that the response should have been diplomatic.

RELATED: The ladies of “The View” couldn’t resist letting Donald Trump know how they felt about his SNL tweet

Bila took to Twitter for a final word on the matter:

Fidel Castro was a monster. Period. A murderer who robbed many of their freedoms, their opportunity, and their lives. The end.

Bila also responded to those praising the dictator:

He imprisoned gays and killed dissidents. Time for a history book. https://t.co/oP7HKArNr1

She received and retweeted praise from viewers:

@JedediahBila 100%with you on the Castro issue. Let's insert Hitler in there and see if it feels the same.

I'd vote for @JedediahBila if she ran for president…#TheView 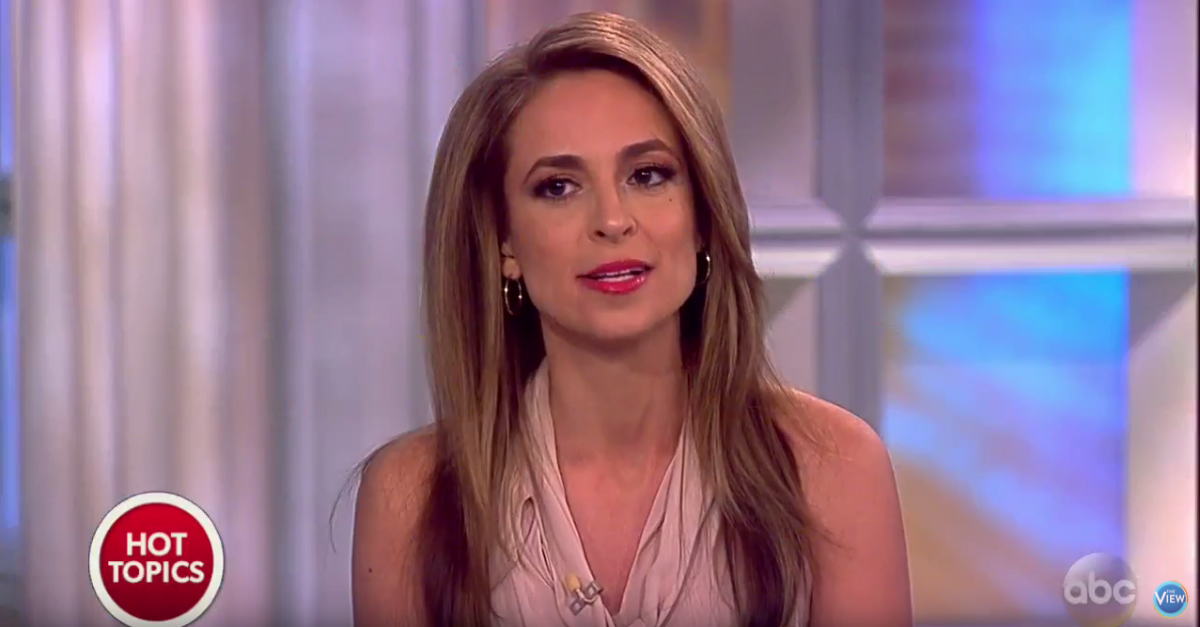