Jedediah Bila announced on Monday that she was leaving “The View.”

“So, this is my last day at ‘The View,'” she said amid “awwws” from the audience. Bila thanked her co-hosts as well as her viewers for giving her a good experience.

As for the next step, Bila said that she was writing a book coming out next year. She’s also on her way towards wedded bliss following her engagement announcement in June.

Bila joined the crew in August 2016 just in time for the show’s 20th season. Prior to her joining, Bila worked on Fox News as a part of the “Outnumbered” panel.

.@JedediahBila announces she is leaving @TheView: "This has been just an amazing journey." pic.twitter.com/F2AKWbwJPG

A report in Page Six alleged that Bila’s sudden departure might be connected to former Secretary of State and Democratic presidential nominee Hillary Clinton’s appearance on the show a week prior. Bila asked Clinton to respond to Democrat criticism of her new book, “What Happened.” While Bila reportedly left on her own accord, a source told the publication that some things following the interview made “her uncomfortable behind the scenes.”

RELATED: Hillary Clinton responds to the Democrats who criticize her book tour on “The View” 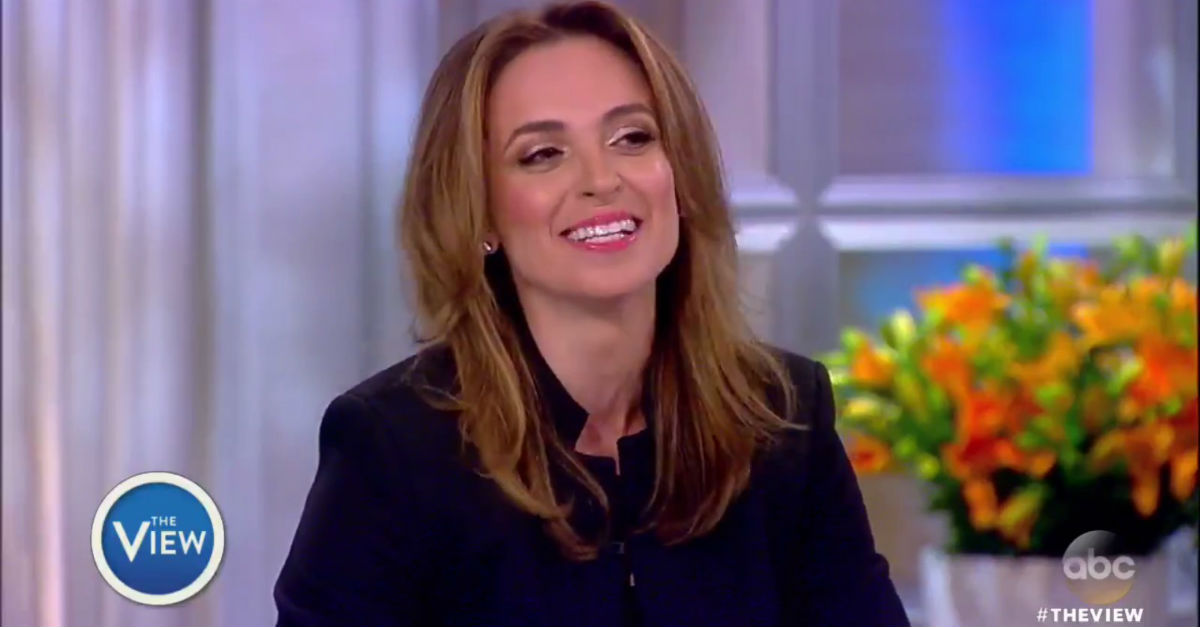