Some hours before, Sarah Flores, Sessions’ spokesperson, addressed some of CNN host Alisyn Camerota’s concerns about Sessions’ personal views and how they could potentially factor into his performance as attorney general.

RELATED: Cory Booker explains why he’ll be the first senator to testify against a fellow senator’s appointment

Camerota pulled up a quote Sessions made on same-sex marriage, which has since been deemed legal by the Supreme Court in 2015.

“It is not disputable that adopting a same-sex marriage culture undermines and weakens marriage,” Sessions once argued in a Senate floor speech.

“What does that mean now that same-sex marriage is the law of the land?” Camerota asked. 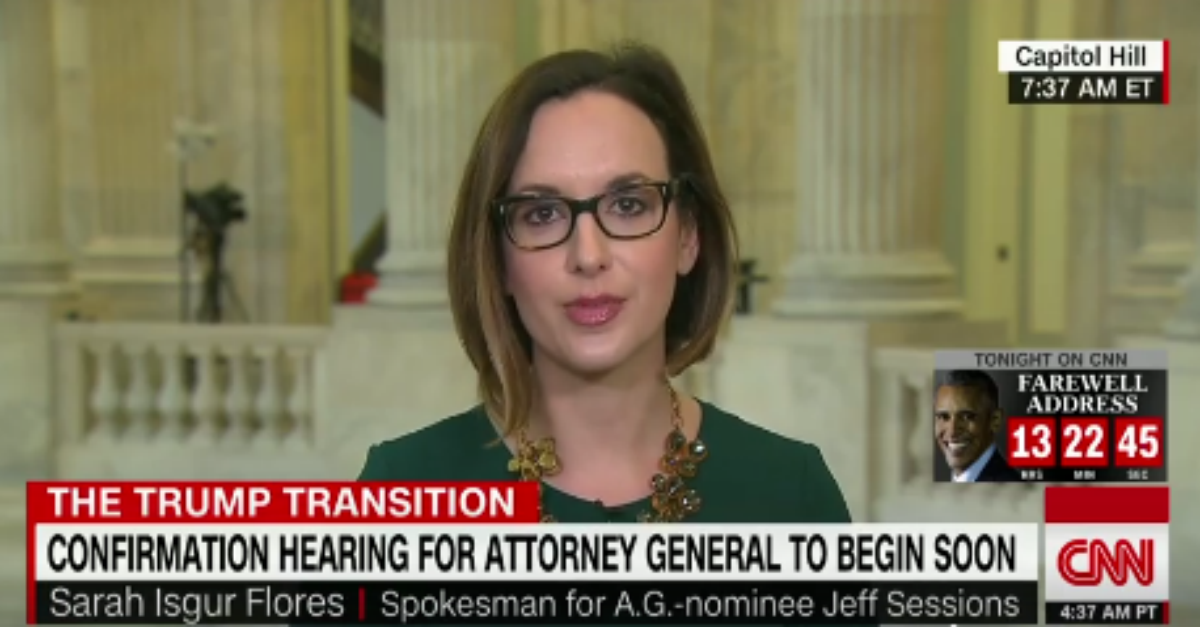