The young man went by the name “Kevin” and claimed to have authored an anonymous open letter that reportedly said: “It is time for liberals and progressives to lose their illusions about the anarchist movement and our tactics, because, quite frankly, you have no one else willing to fight for you.”

The young man’s answers to Watters became more and more ridiculous as the interview continued. And as Mediaite and others have observed, there was more to “Kevin” than Watters realized.

RELATED: Tucker Carlson and guest Max Boot lob endless insult grenades at one another over Russian meddling and foreign policy

He shared the video on his YouTube channel, categorizing the segment as comedy. The comments section of the video is full of praise for his trolling.

Watters wasn’t the only person to be duped by the YouTuber. First Son Eric Trump tweeted a link to the video in clear disbelief:

Truly incredible…Yes, this is what we are dealing with! https://t.co/mp1SbWwCHV 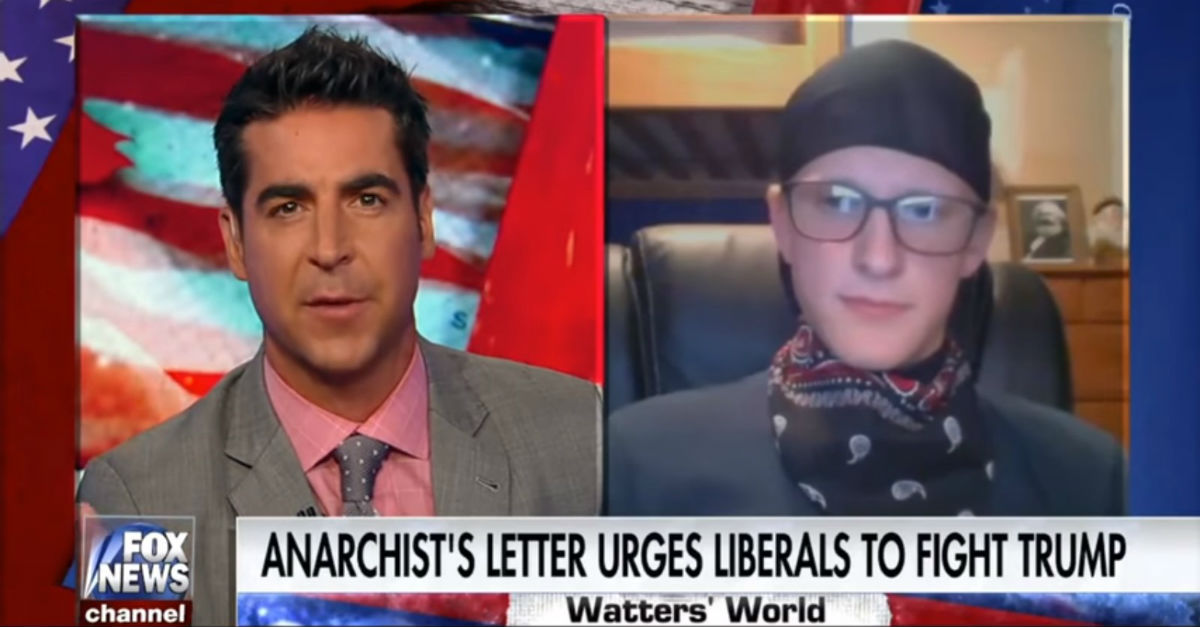