Joe Biden joined the ladies of “The View” to discuss his plans after office, how he’ll stay involved in policy, and his late son Beau 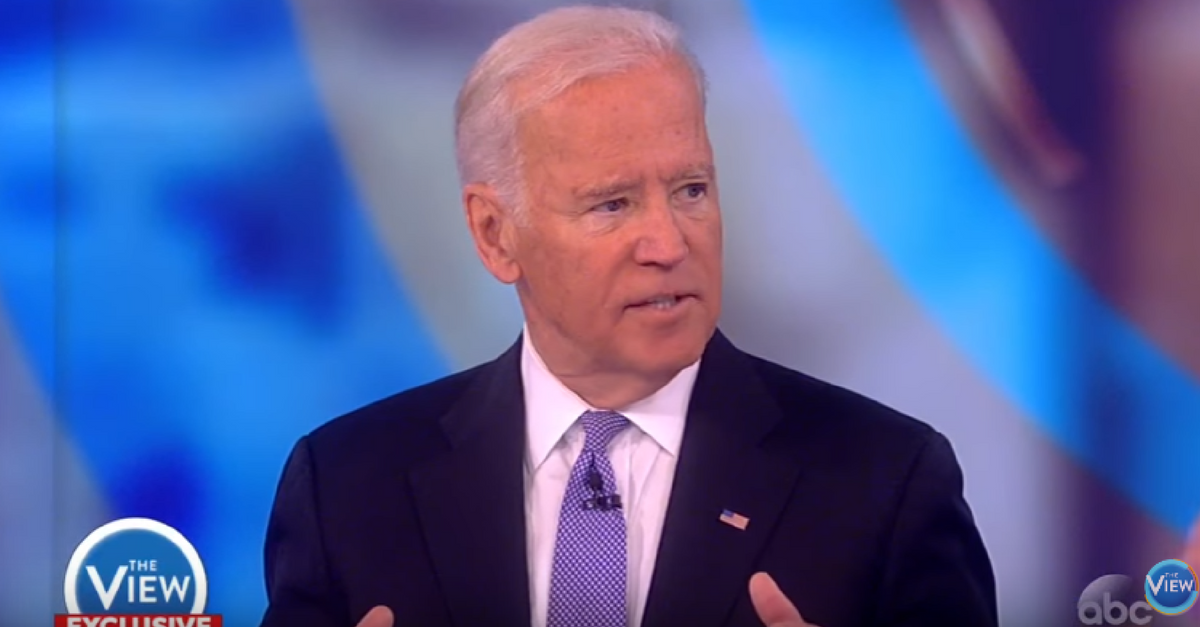 He might not be running for president in 2020, but Joe Biden still has big plans for life after the White House. During his Friday appearance on “The View,” the vice president assured the ladies that he has no intention of launching a presidential bid in the future. He does, however, have a lot on his agenda to accomplish.

RELATED: Emotional Biden on his Presidential Medal of Freedom: “I don’t deserve this, but I know it came from the president’s heart”

“I have no intention of running for president, but I do have intention to stay deeply involved in everything I’ve done my whole life,” he said. “And what I’ve done, what I’ve done — and I’m going to be announcing when I’m out — I’ve tried to work out a deal where I can provide for taking my substantive staff in the vice presidency, some of the most serious people in Washington on domestic and foreign policy. University of Delaware and the University of Pennsylvania are providing me platforms where I’ll have a considerable amount of money for paid staff working for me on the issues that I care about.”

Jedediah Bila pointed out that one of the issues Biden has been a big advocate for is ending domestic violence, having authored the Violence Against Women Act, as well as cancer research.

“I’m going to have a full-blown staff of the leading people in the country on cancer care, on foreign policy, on domestic policy, and violence against women, and I’m going to run an entire operation,” Biden said on how he’ll keep the issues he’s passionate about in front of the incoming administration.

While on the topic of cancer research, Joy Behar brought up the passing of Biden’s son Beau in 2015 from brain cancer and asked how his widow and two children are doing. Biden assured the ladies that they’re doing well, but that they still miss Beau greatly.

“You learn a lot. One thing you can do is smother them with love and affection and just make sure they know that you’re always there,” he said choking up. “You know they come and sleep in bed and cuddle with you and, you know, ‘you smell like Daddy, Pop,’ you know what I mean? Stuff that — it’s a thing you’ve got to go through — a lot of you’ve been through it without anywhere near the kind of help I had.”

“That’s part of what, I think, the empathy that you have for Americans is why they respond to you, and that’s why I ask, you know, I’m hoping that all of these issues that you’re working with will have stones to the White House that’s coming in because empathy is something that you — you have to learn that if you are going to run a nation full of all kinds of different people,” Whoopi Goldberg chimed in at the end of the segment.