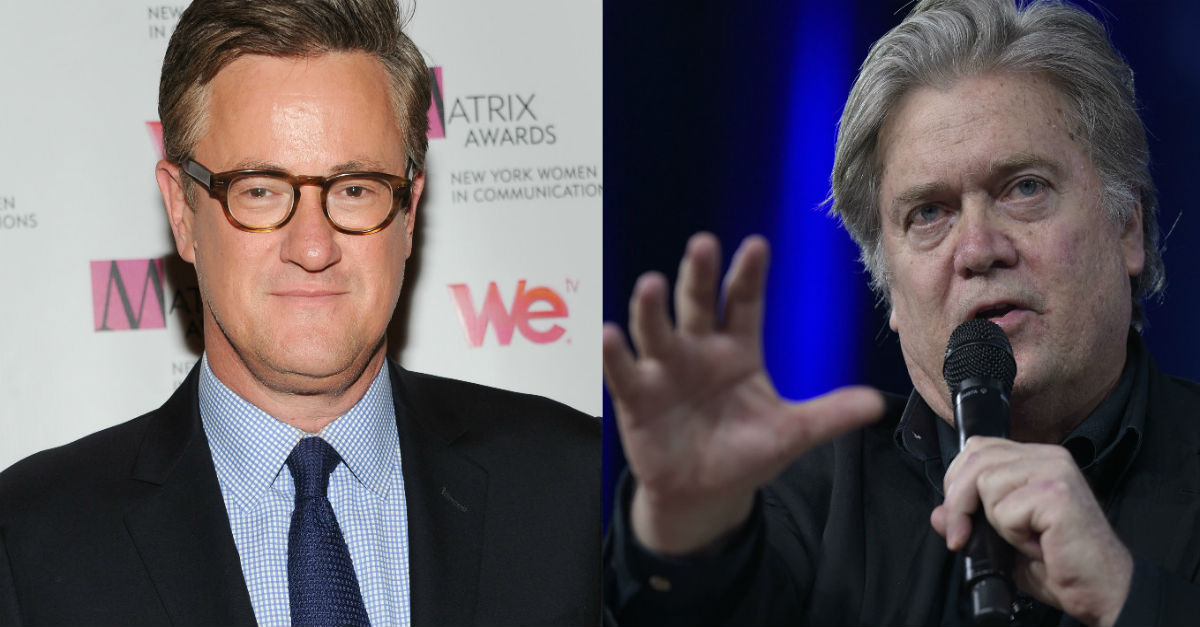 Joe Scarborough of MSNBC’s “Morning Joe” is no stranger to heated disagreements, especially if they’re with members of President Trump’s team.

Scarborough went up against Steve Bannon, senior advisor for Trump, over White House policy advisor Stephen Miller. The men insulted each other in a brief series of statements:

Bloomberg included the battling statements in a profile on Miller. Bannon began, saying:

“When Joe Scarborough and the mainstream media attack Stephen Miller, it?s just like any opposition party. They?ll try to take out some of the best young people in any organization. Stephen is a tough guy, I can tell you from the campaign. He?s used to being absolutely vilified.”

“…opposition party hacks [who] humiliate themselves by being so ignorant of American history and the Constitution that they declare in their big-boy voices that the president?s powers are not to be questioned.”

Miller previously received criticism from Scarborough and others after a series of oddly abrasive interviews some weeks prior.

“Oh my god. It was so much worse than I ever thought,” Scarborough said of the incident.