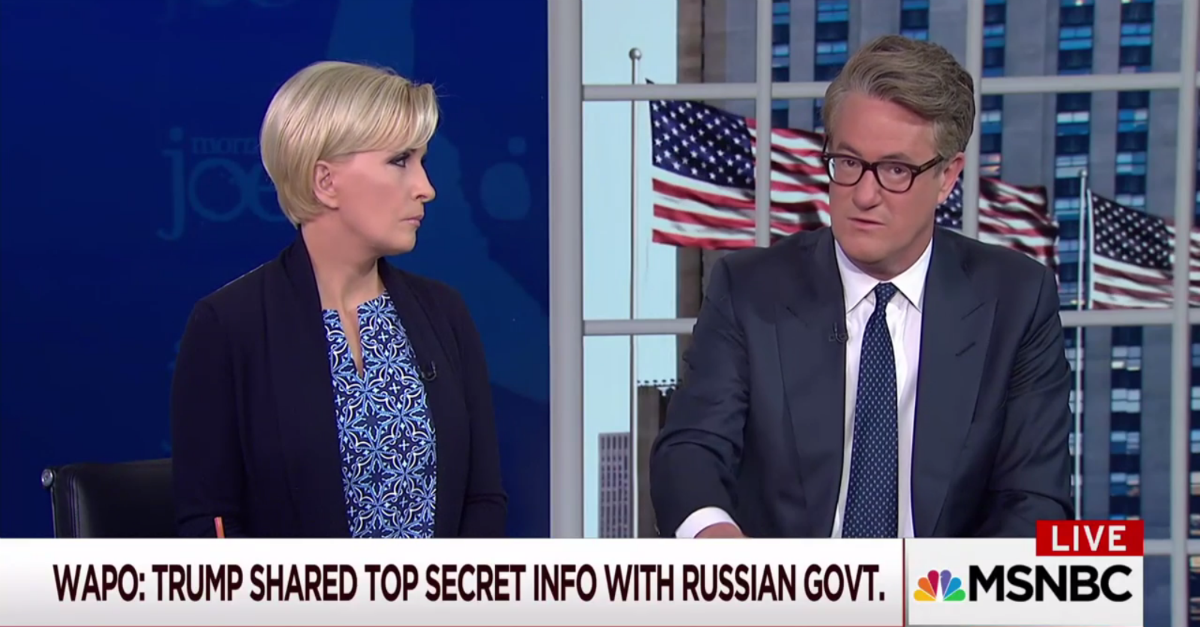 Several have criticized members of the Republican Party for remaining quiet despite criticizing former Secretary of State and Democratic presidential nominee Hillary Clinton for a similar controversy.

On Tuesday morning, the hosts of MSNBC’s “Morning Joe” called on Republican politicians to speak out:

At this point, if you do not call him out for risking American lives and doing things that most intel people I spoke with last night said will lead to the death of Americans in the future or lead to the death of critical allies in this counterinsurgency battle against ISIS, then you are doing a grave disservice to your voters, or to your listeners or to the United States of America.

“There is no middle ground here anymore,” he added. “This is about national security.”

This isn’t the first time Scarborough has warned Republicans.

Shortly after House Republicans rushed to pass a repeal and replacement bill for the Affordable Care Act, Scarborough warned Republicans of playing “into Democrats’ hands.” He also cautioned Republicans up for re-election in 2018 following Trump’s firing of FBI Director James Comey.

Two tweets on Tuesday morning only served to confirm what many believe to be evidence that the president was indeed loose with his information.