Joe Scarborough had a few dirty jokes for President Trump 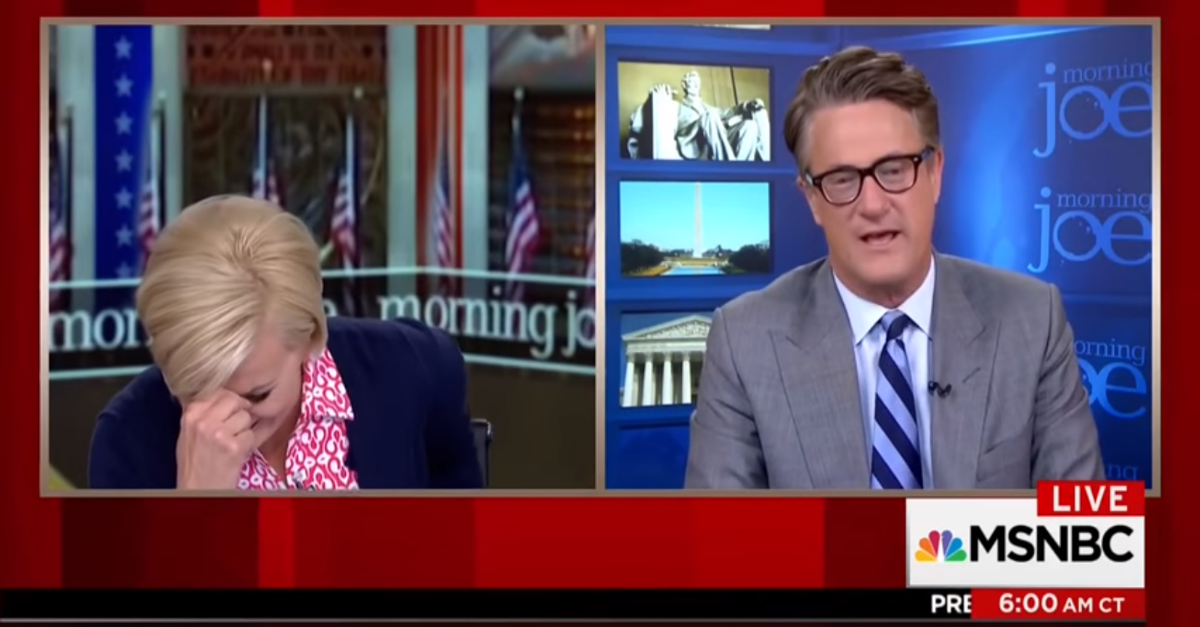 Despite a very petty letter from the Republican National Committee criticizing him and his show, Joe Scarborough of MSNBC’s “Morning Joe” did not hold himself back in his criticism of President Trump on Thursday.

Scarborough played a clip from the day before of White House Press Secretary Sean Spicer explaining “covfefe,” a misspelled word in one of Trump’s tweets, to the press pool.

RELATED: And the blows go lower as Sean Hannity and Joe Scarborough battle over coverage of a DNC staffer’s death

From there, co-host Mika Brzezinski reminded Scarborough that he said the tweet and explanations following were similar to a kid crapping his pants and then saying he meant to do so.

“Well yes. It would be like someone pooping their pants and then people looking at it and saying, ‘Oh, that’s modern art,'” he added.

His roundtable co-hosts couldn’t contain their laughter as Scarborough continued to make poop jokes while poking fun at Trump.