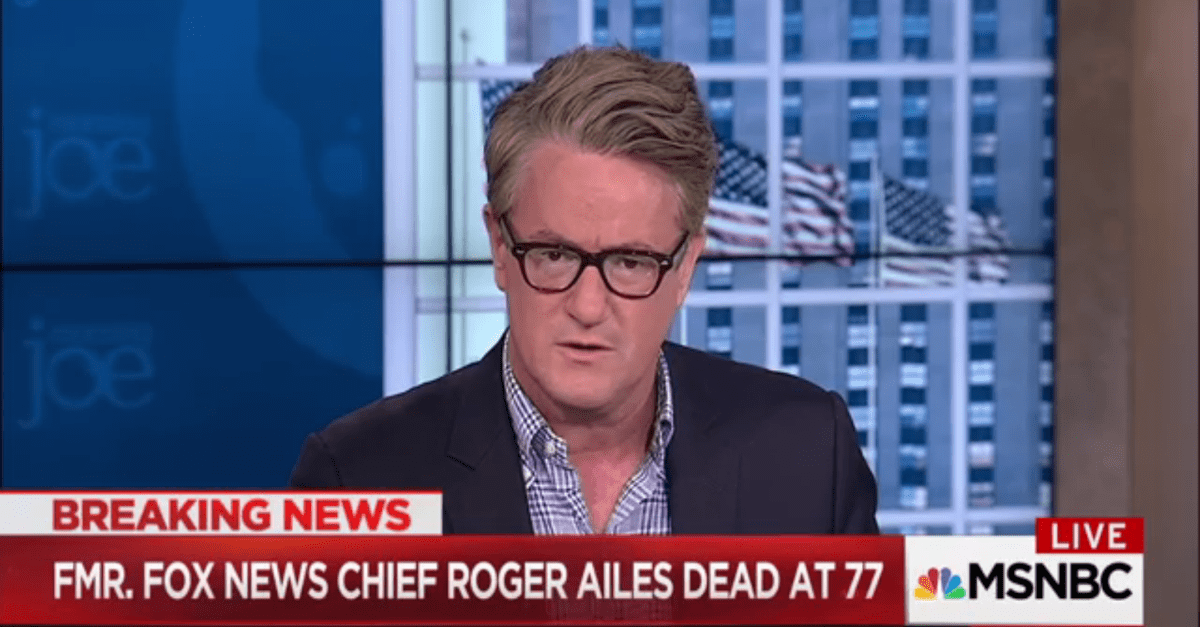 News of former Fox News CEO Roger Ailes’ passing at the age of 77 spread on Thursday morning. His death was confirmed in a statement by his wife, Elizabeth.

MSNBC’s Joe Scarborough spoke of Ailes during a Thursday segment of “Morning Joe:”

Joe Scarborough: No one has impacted American culture and media more than Roger Ailes https://t.co/6VJ7AvPk9s

RELATED: A former Fox News anchor had something to say about the company in response to a colleague’s Tweet

The host recalled a moment in a prior interview where he said “if you want to look at the two people that impacted Amerian culture and politics over the past 20 years, you would look at Steve Jobs and Roger Ailes.”

Several of the co-hosts around the table acknowledged Ailes’ tainted past before sharing their memories of him and the impact he made on media.