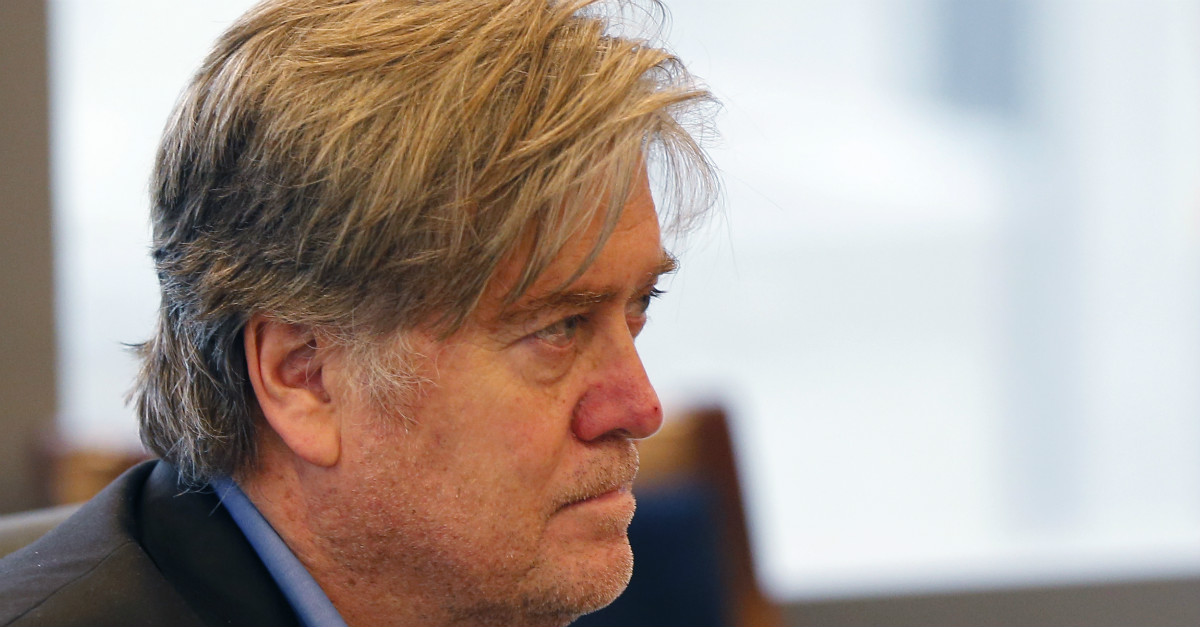 The folks on MSNBC’s “Morning Joe” show Monday took on the dismissal of Reince Priebus as White House Chief of Staff last week and how his successor, former General John Kelly, will be able to rein in President Trump’s penchant for launching ill-advised tweets and making controversial statements in his speeches.

Co-hosts Mika Brzezinski and Joe Scarborough agreed that bringing on Kelly was a good move. But then, as Brzezinski ticked off many of Trump’s missteps, Scarborough proceeded to lay out what he believes must be a mandatory move by Kelly: diminishing the influence of Steve Bannon, President Trump’s chief adviser.

RELATED: The Mooch is correct that the leaks must stop, but that’s not the White House’s biggest problem

Scarborough, who recently bailed from his longstanding membership in the Republican Party because of his distaste for President Trump, took aim at Bannon as being the most influential power source in the White House.

“Washington always wins. Washington will be around when Donald Trump is gone, and the same systems will be in place. And so what does General Kelly do to sideline people like Steve Bannon, who are saying tear everything down and go to war with members of your own Congress?”