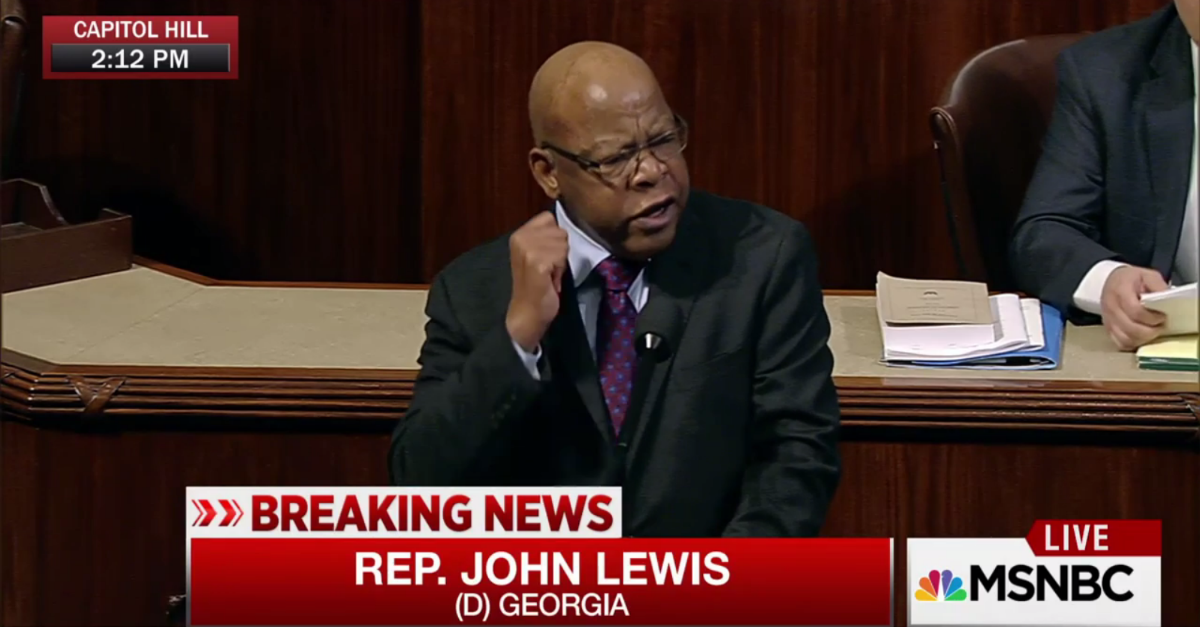 The vote on the American Health Care Act, the Republican-backed replacement bill for the Affordable Care Act, is fast approaching.

While many Republican congressmen have become the most vocal opposition to the Republican replacement plan, many congressional Democrats were also speaking up ahead of the vote.

Just an hour before the vote was scheduled to take place in the House of Representatives, notable Civil Rights activist Rep. John Lewis (D-Ga.) made sure to explain his full thoughts on the bill.

Rep. John Lewis on GOP health care bill: "I will fight any bill that turns the clock back to a darker time" https://t.co/4Drq50GPNs

Lewis called for his colleagues to not abandon their values.

The representative criticized the bill, insinuating that it was dangerous regress.

“I’ve fought too hard and too long to back down now,” he asserted.

RELATED: Sean Spicer had a calmer update on Republican opposition to the Obamacare replacement bill

Lewis promised to “fight every single attempt to turn a deaf ear, a blind eye, and a cold shoulder to the sick, to our seniors, and to working families.”

Lewis promised to continue to fight the bill, saying that the only option was to “vote no.”