John McCain defends a free press as essential to democracy 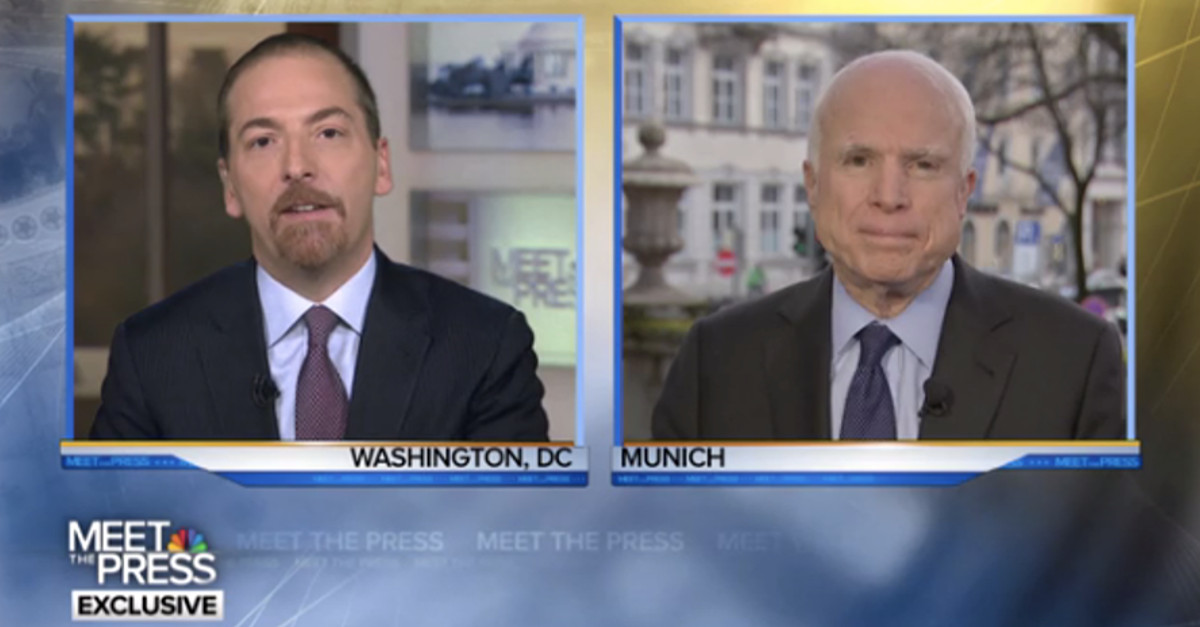 After an election frought with internal controversies within the GOP, John McCain remains a consistent critic of President Donald Trump’s most divisive policies. On Friday, McCain kept up that pressure without even mentioning the President?s name during a scathing speech at the Munich Security Conference.

RELATED: John McCain shreds President Trump in a scathing speech without ever mentioning his name

But McCain wasn’t done yet.

In an exclusive interview on Meet the Press airing Sunday, the Arizona senator continued to take swipes at Trump’s behavior, cautioning that shutting down the press is often ” how dictators get started.” Sen. McCain admitted that the relationship between the press and elected officials is often tense. We’ve witnessed this to be especially the case since Trump’s inauguration as the president himself has decried reputable news outlets as “fake news.”

McCain isn’t having any of it. McCain told NBC’s Chuck todd, “A fundamental part of that new world order was a free press. I hate the press. I hate you especially. But the fact is we need you.”

McCain also clarified that in his fiery speech in Germany, delivered at the Munich Security Conference, it was not his intention to assert that Trump is a dictator. The Republican senator simply wanted to highlight that attacks on journalists are often a hallmark of authoritarian regimes.

“When you look at history,” McCain said, “the first thing that dictators do is shut down the press. And I’m not saying that President Trump is trying to be a dictator. I’m just saying we need to learn the lessons of history.”