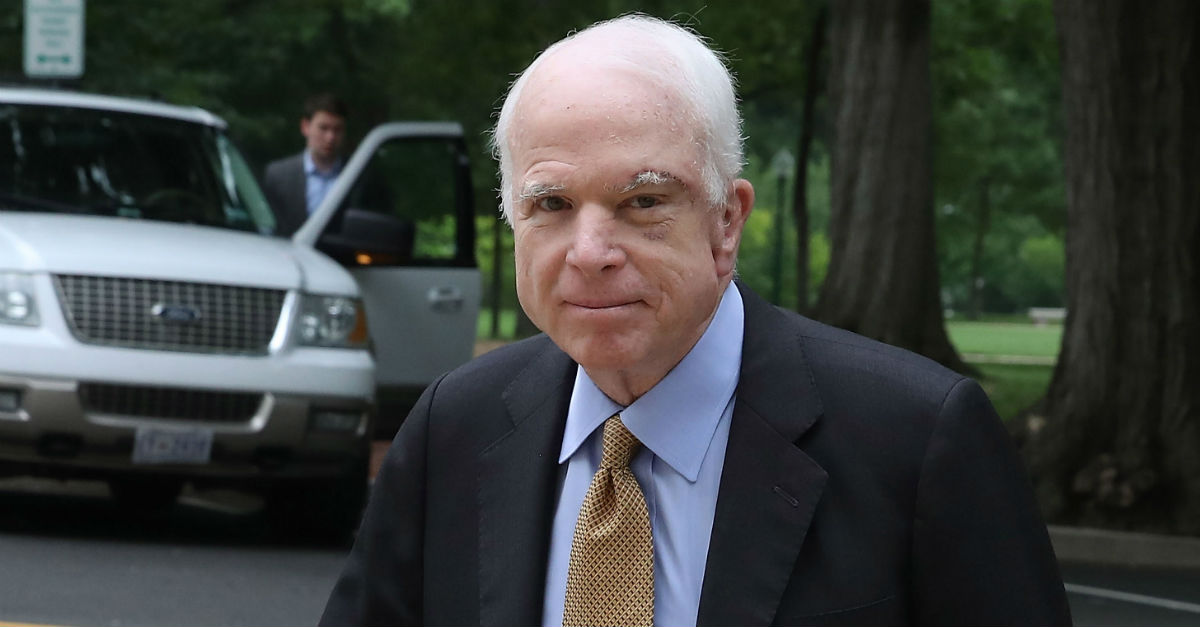 Sen. John McCain (R-Ariz.) is no fan, but he’s not joining the chorus of criticism of the Dallas Cowboys following their national anthem protest on Monday night.

“I’ve always hated the Dallas Cowboys and will continue to do so to this day,” said the Arizona Cardinals fan and Vietnam War veteran when approached by TMZ in the hall of a Senate office building Tuesday.

But everyone involved has a “right to do what they want as citizens,” McCain added.

Cowboys players and team owner Jerry Jones joined arms and knelt in solidarity with protesters before the national anthem played. Both the Cowboys and the Cardinals stood with arms linked down their respective sidelines during The Star-Spangled Banner. The display followed a weekend of protests both on and off the field after President Trump called for the firing of players who knelt during the national anthem.

RELATED: A local fire chief is under fire for hurling a racial slur at an NFL head coach