“John Roberts is bored today; he’s stepping out,” Sanders said as he stepped out.

“If it was on camera, I might not be,” he retorted.

Roberts later explained that he had to do a live shot since cameras were not allowed inside of the room:

To all who are musing over me leaving the @SHSanders45 Briefing…I have a live shot. Had the brief been on camera, it would 1/2

Would have been on TV, not me. I would have waited until it was over.

RELATED: Sean Spicer and a White House reporter had a brief squabble over the “no cameras” rule

Like several others, Roberts has shared his opposition to the change:

Today's @WhiteHouse is off camera. The last on-camera briefing was June 29th. 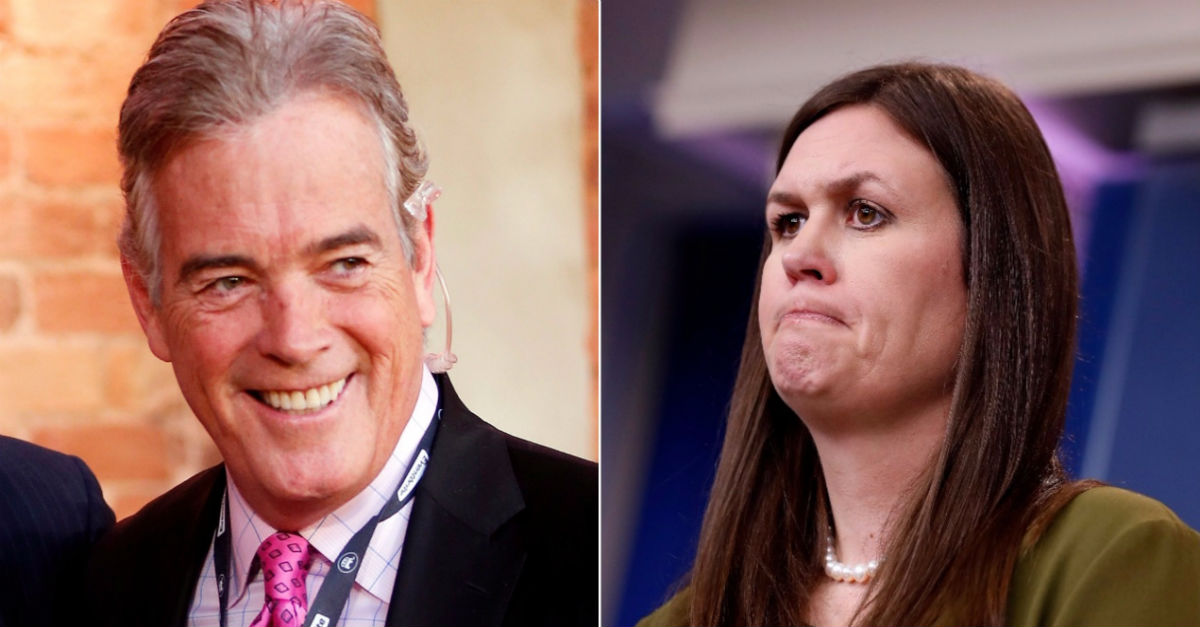