Judge Jeanine Pirro sided with President Trump after he sparked a weekend-long controversy after saying that NFL players who knelt for the national anthem before games should be fired.

“And, don’t give me this crap that you guys want to support reform and stand up against social injustice,” Pirro criticized. “Shame on you. Shame on all of you. And shame on you too, Roger Goodell, for not showing you love this country as much as the president does.”

Following Trump’s statement, many both on and off the field responded to the president’s words with defiance.

RELATED: Who President Trump chose to honor this NFL Sunday is absolutely no accident 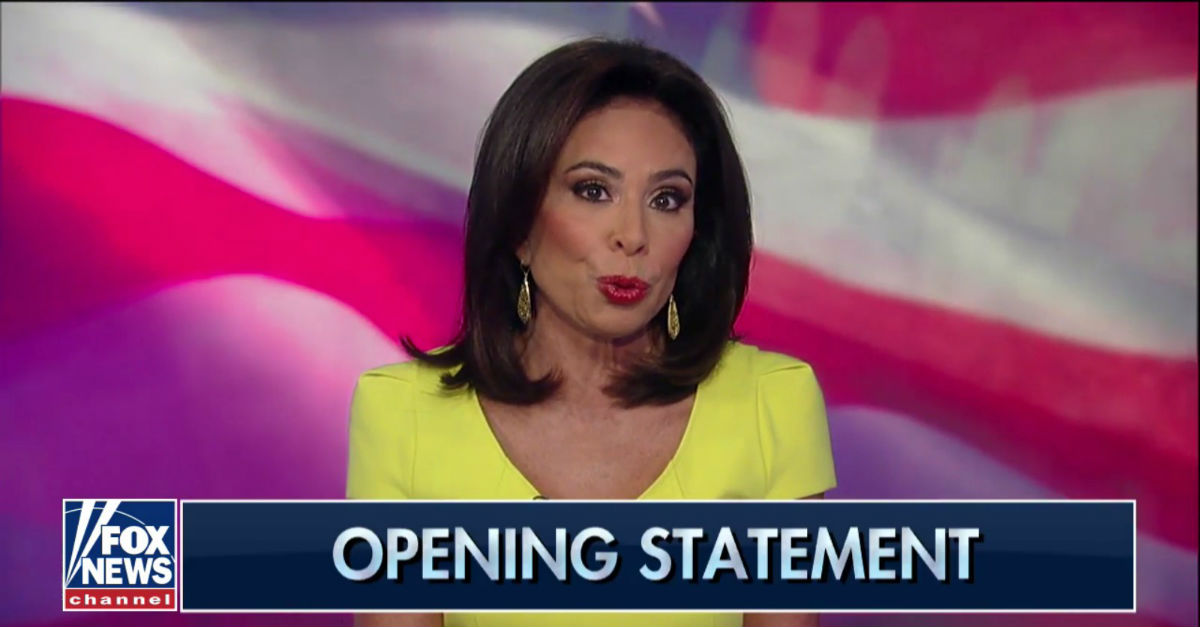