A damning report was released last week regarding First Son Donald Trump, Jr. and others close to President Trump. The eldest son of the president was said to have taken a meeting with a Russian lawyer that had ties to the Kremlin in exchange for information about Democratic presidential nominee Hillary Clinton’s campaign.

Trump then tweeted emails regarding the meeting, opening himself up to more questions as he appeared to be in support of receiving the information.

Napolitano said that Trump should have responded to the meeting’s invitation by reporting it to the FBI.

“It is a crime to receive something of value when you are a campaign official from a foreign person or a foreign government,” he said on the legality on the meeting.

Napolitano said that had Trump received any meaningful information from the meeting, as was initially promised, his actions would have been felonious.

“So the question is, ‘Is this enough to commence a criminal investigation?’ Answer, yes,” he added. 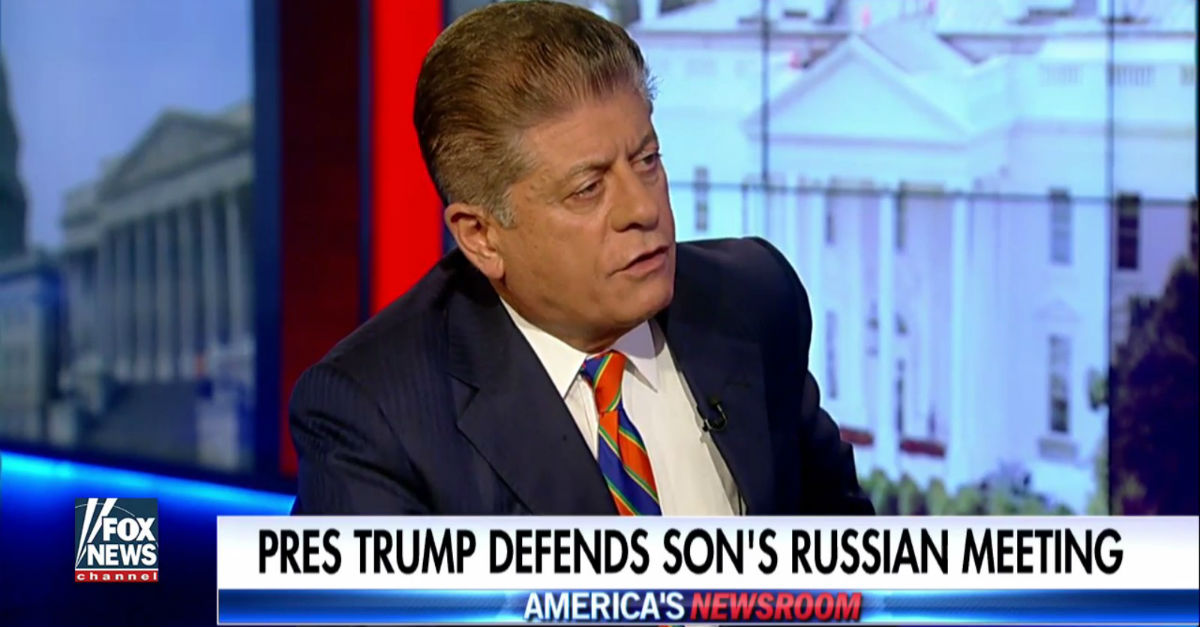