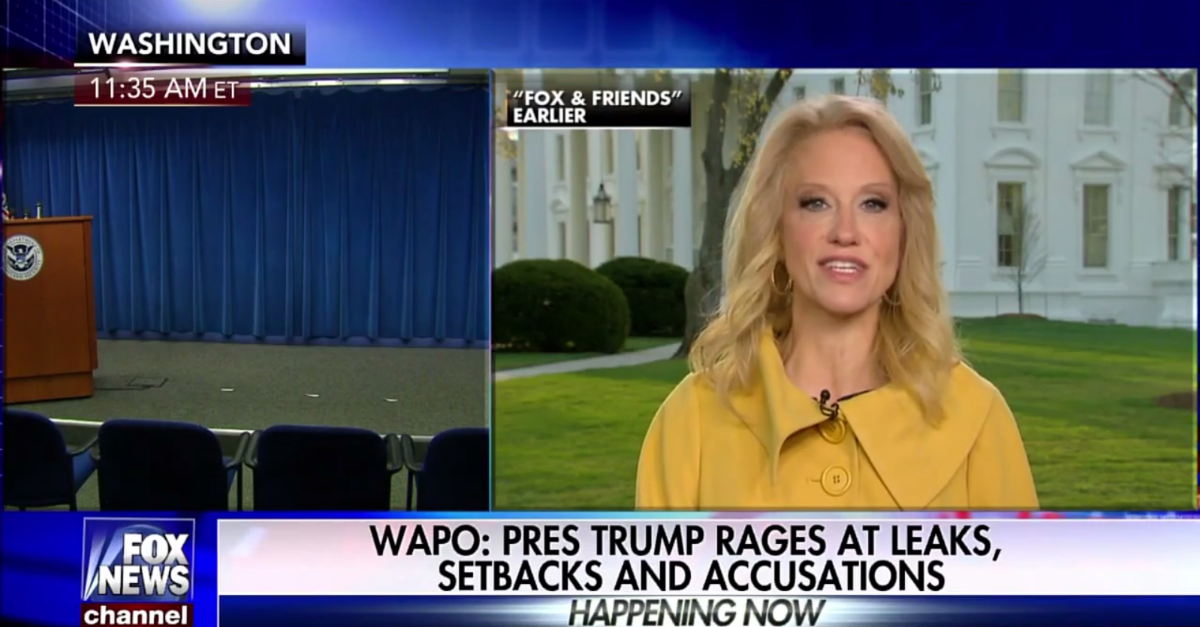 White House Senior Adviser Kellyanne Conway pointed out what she called “hypocrisy” in the reactions to the tweet during a Monday appearance on “FOX & Friends.”

Conway criticized Democrats for not accepting the supposed use of an anonymous source, though the Trump administration itself has spoken out against the use of anonymous sources in the media.

Conway also accused Democrats of being afraid of something damaging being uncovered: “You have Democrats every single day saying investigate, investigate, special prosecutors, investigate. Well then what are they afraid of here? Let’s investigate this and see where it leads.”

Members of the Trump administration have yet to answer what evidence Trump saw to prompt his initial tweet.

FBI Director James B. Comey urged the Justice Department to reject the claim, as any other would implicate it in wrongdoing. It was revealed that Trump most likely did not accept Comey’s request.