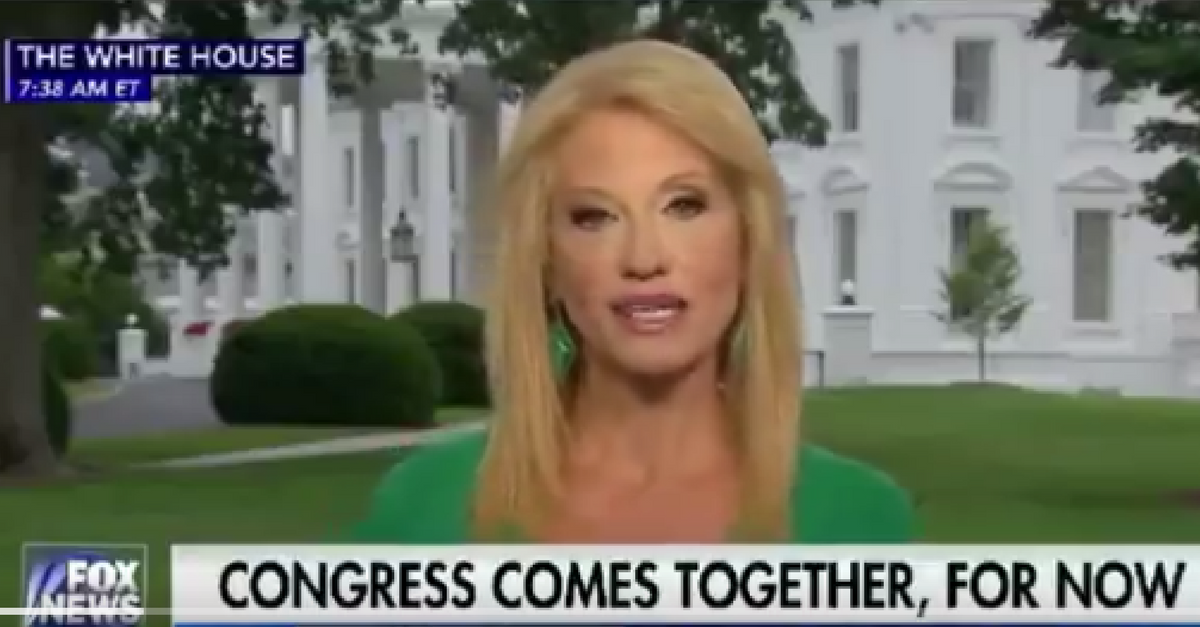 Kellyanne Conway thinks people would “explode in applause” if she were to get murdered.

In the wake of Wednesday’s attack on congressional Republicans, the counselor to the president appeared on “Fox & Friends” Friday to discuss how political rhetoric may or may not have played a role in the incident.

“Look at Twitter,” she said. “If I were shot and killed tomorrow, half of Twitter would explode in applause and excitement. This is the world we live in now. It’s terrible. Again, it’s one thing to say I disagree with you on health care repeal or taxes or national security, but you can’t attack people personally and think tragedies won’t happen.”

RELATED: The joke is on the source who alleged that Kellyanne Conway was the White House leaker

.@KellyannePolls: You can't attack people personally, rather than on policy, and think tragedies like the Virginia shooting won't happen pic.twitter.com/bKG56n6S1H

She called for “introspection” regarding mock-assassinations of President Trump — including Kathy Griffin’s headless photo, Snoop Dogg’s music video in which he points a gun at a clown version of the president, and a recent New York City production of “Julis Caesar” that replaced Caesar with Trump.

Conway also accused mainstream media outlets of constantly bashing both President Trump and Republicans and criticized the “toxic stew” of hateful language being used against the president and his supporters online.

“I did a clever thing and I went back and looked at exactly what was being discussed on all the TV shows except yours at 7:09 a.m. on Wednesday when this happened,” she said. “And, it’s a really curious exercise because as Steve Scalise was fighting for his life and crawling into right field, in a trail of blood, you should go back and see what people were saying about the president and the Republicans at that very moment.”

.@KellyannePolls: We will disagree on policy, but people need to think about their hateful rhetoric. pic.twitter.com/8xKE3yAfUN

RELATED: With tears in her eyes, the wife of the man who opened fire on a group of Republican politicians tries to make sense of his crime