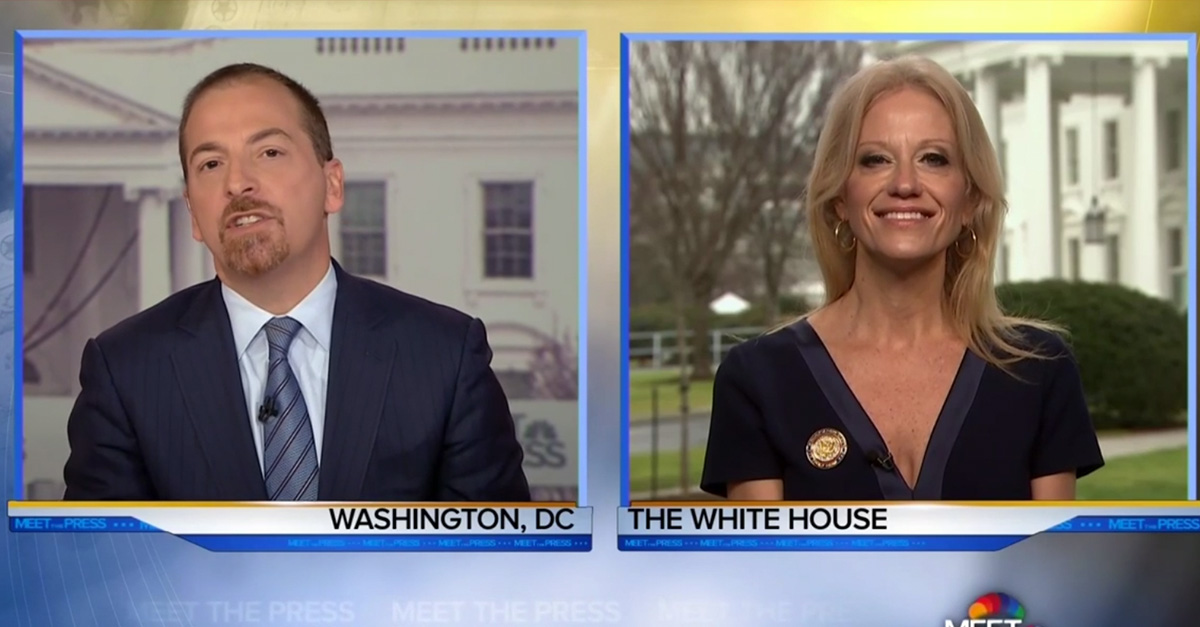 Right off the bat, host Chuck Todd asked her about a tweet the president sent about the crowd sizes for the inauguration, and press secretary Sean Spicer’s follow up claiming that there were more people in attendance than there were.

“I’m curious why President Trump chose yesterday to send out his press secretary to essentially litigate a provable falsehood when it comes to a small and petty thing like inaugural crowd size. I guess my question to you is why do that?” Todd asked.

Conway began by talking about the many things that Trump has done since getting into office, including sign executive orders.

She then cited the election votes, rather than the inauguration size, as a sign of Trump’s popularity.
“I don’t think ultimately presidents are  judged by crowd sizes at their inauguration, I think they’re judged by their accomplishments,” she said.

RELATED: Kellyanne Conway dumps on the Russian blackmail bombshell and refutes that Donald Trump was briefed on it

She added that the crowd size is a symbol of the “unfair and incomplete treatment that this president often receives.”

Todd cut Conway off, noting that she makes a reasonable case that the inauguration size doesn’t matter, and pressed her on why the president would send out the press secretary to claim something that is provably not true.

Conway pivoted, citing other misreports by the media, as continued evidence that the press is against the president. The exchange continued to be tense.