Rumors have swirled that Kellyanne Conway had been taken off air at the behest of some in President Trump’s administration.

The rumors suggested that the decision was made after Conway made some comments about the resignation of former National Security Advisor Michael Flynn that did not match up with the White House’s official account.

Conway made an appearance on Thursday where the question of her supposed benching came up.

RELATED: Former Obama aide has a message for Conway and Spicer: “Stop lying”

But Conway was also ready to move on past the rumors.

During the “FOX & Friends” appearance, Conway got down to business and suggested that Trump would make it to a second term:

.@KellyannePolls on reports she's been sidelined from TV appearances: Here I am. I don't know why I have to explain myself, but I will. pic.twitter.com/mhCfBhgaif

“We’re playing long ball here,” she said. “He will be here for eight years.” 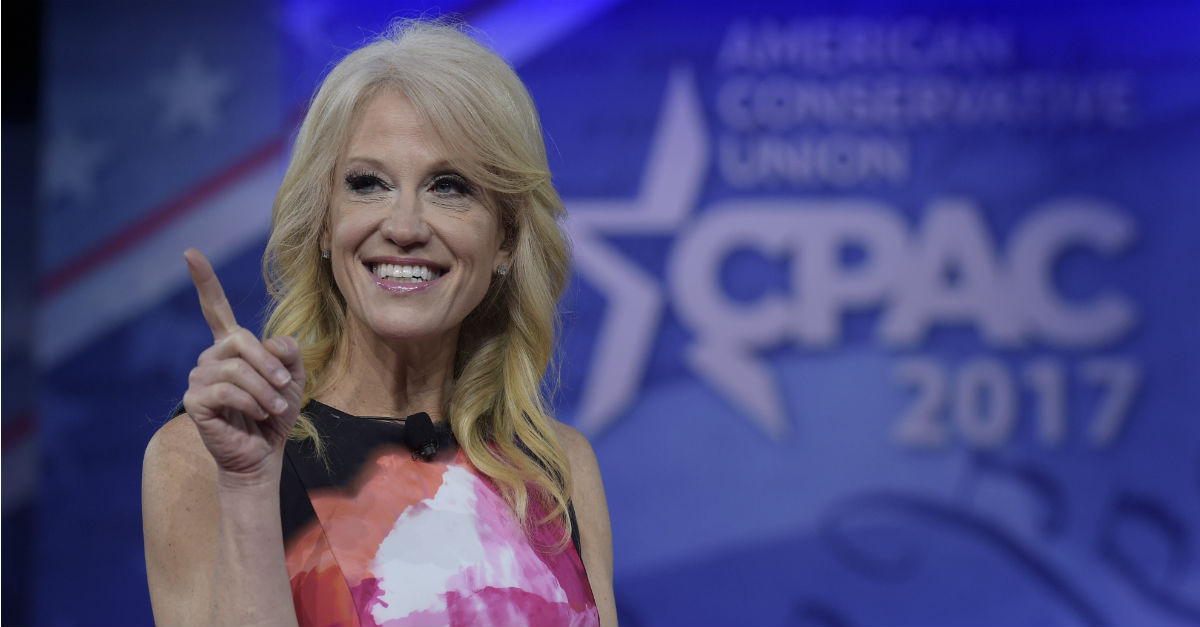