After a tumultuous Tuesday morning interview with NBC’s “TODAY,” Kellyanne Conway went on ABC  to talk about the recent resignation of General Michael Flynn. Flynn had spent the first weeks of President Donald Trump’s term as the National Security Adviser.

On ABC, Conway was confronted by anchor George Stephanopoulos about whether the White House knew Flynn spoke to the Russian Ambassador to the United States about sanctions against the Russian government. The Washington Post reported on Monday that former acting Attorney General Sally Yates told the White House that there was evidence that Flynn could be blackmailed by Russia.

Conway didn’t have much to say.

RELATED: John Oliver sticks up for an attacked father of a veteran.

Conway then said she couldn’t fully explain what happened because it would divulge sensitive information. But Stephanopoulos pressed forward.

“I do not know that, George,” Conway replied.

She later said that she wasn’t sure if the vice president was given that information either.

In her interview with NBC earlier in the day, Conway shut down any further speculation about whether the president knew about Flynn’s impropriety.

“[President Trump has] accepted General Flynn’s resignation, and he wishes him well, and we’re moving on,” she said. 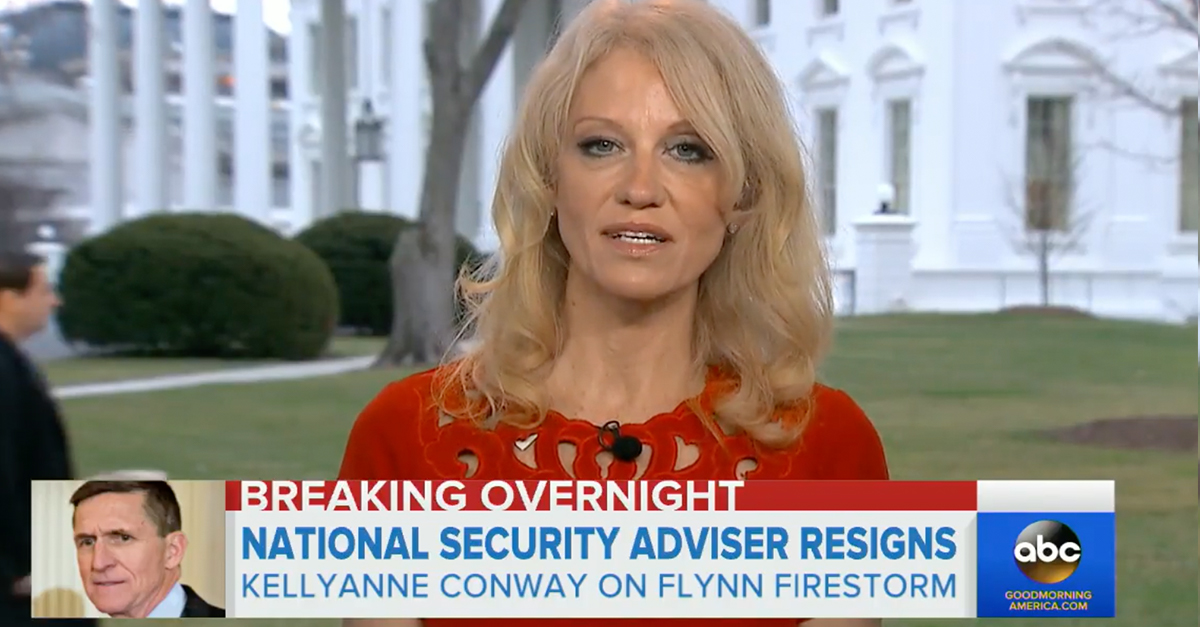