Neil Gorsuch, President Trump’s pick to replace the late Justice Antonin Scalia on the Supreme Court, sat through his second day of confirmation hearings on Tuesday.

During Sen. Lindsey Graham’s (R-S.C.) interview period, he spoke of the way the court’s vacancy came about. But in an attempt to reference Scalia’s passing, Graham mistakenly said the name of another justice:

“Justice Alito passed away in February,” Graham said, referring to the very much alive Justice Samuel Alito, and continued on his speech.

RELATED: President Trump responds to claims that Judge Gorsuch disagrees with him, but people think his argument has holes

Appointments to the Supreme Court are life-long. Vacancies only occur by way of death or resignation.

Sen Graham on saying Justice Alito had died: "Bad news, bad mistake! It'd be news to him! I meant Scalia, I need to correct the record." 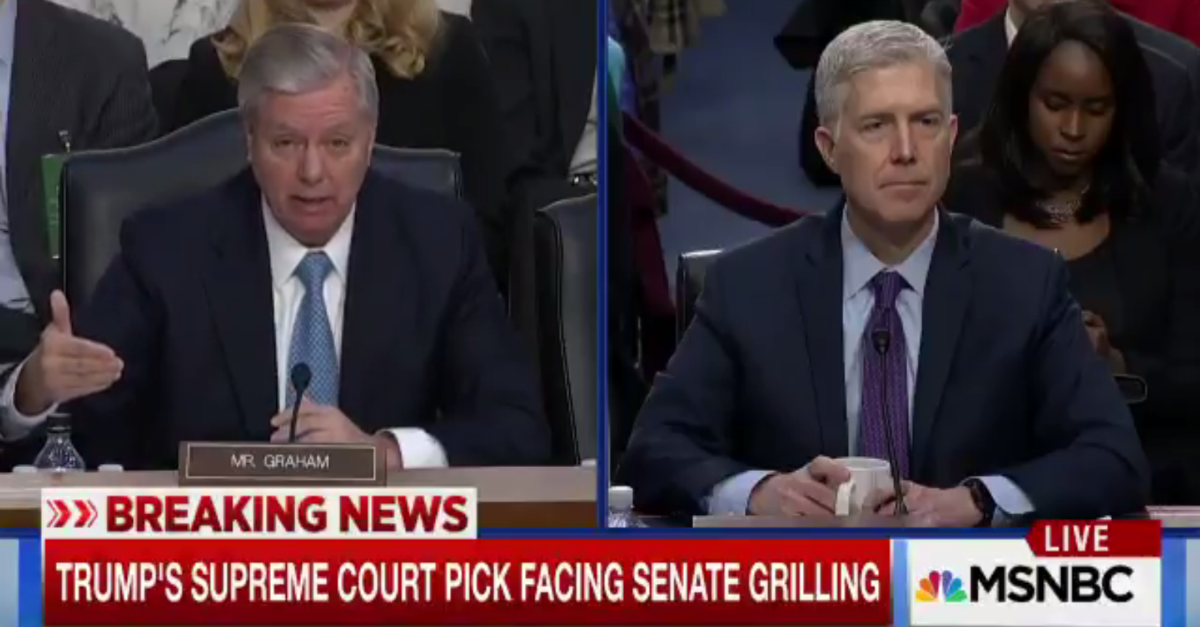