Martin Luther King Jr.’s niece had a message of peace for Donald Trump and John Lewis 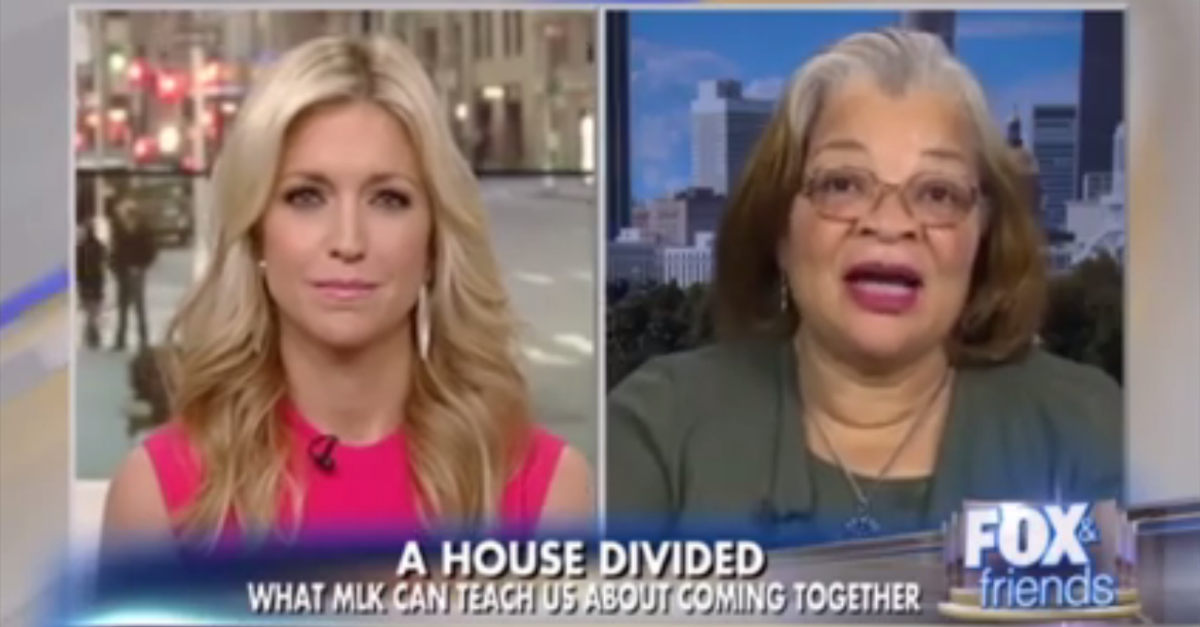 President-elect Donald Trump and Rep. John Lewis (D-Ga.) have exchanged several blows in what has become an out-of-hand fight over personal qualifications and terrible assumptions. The fight also hit a bit a racial significance, which many noted very close to Martin Luther King Jr. Day.

In fact, King’s niece, pro-life activist Dr. Alveda King, appeared on “FOX & Friends” to talk about the fight on that very Monday morning.

RELATED: John Lewis tells “Meet the Press” he would not invite Donald Trump to visit Selma

“I actually admire Congressman Lewis’ legendary legacy of civil rights and working with my uncle, [Martin Luther King Jr.], in the Civil Rights Movement of the 20th century,” she revealed.

Then King channeled her late uncle, saying that she believed Lewis should stay on the path of “nonviolent conflict resolution.”

She believed that Lewis “can actually help America” by working with Trump in order to promote “nonviolent conflict resolution.” King called upon her faith, also saying that Lewis should work with Trump to encourage “us to be brothers and sisters and not adversarial.”

“Congressman Lewis should be one of the best teachers of that,” King added.

King, who said she voted for Trump, also said that she agreed it was time to fix the city of Atlanta.