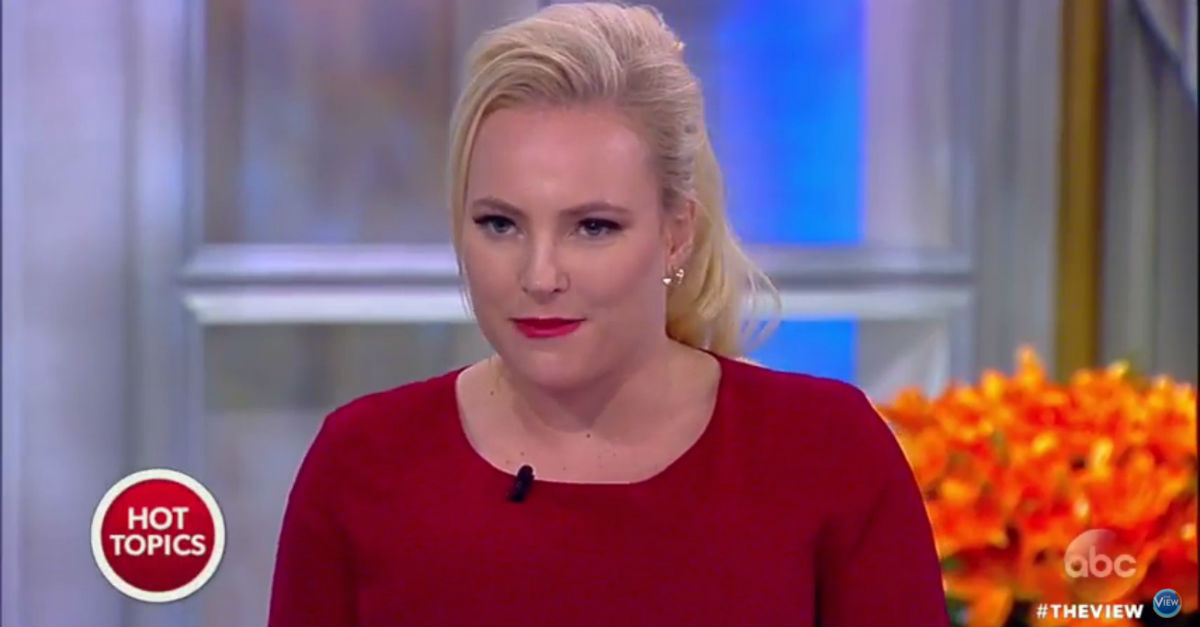 Meghan McCain revealed during the opening of ABC’s “The View” that she has not only been engaged to long-term boyfriend Ben Domenech for several months but that she also did not plan for her engagement to become public.

“We’ve been together for years, and we have been engaged for a while, and it was a secret. I was hoping to get married, and people wouldn’t find out, but people talk sometimes,” she told her co-hosts on Thursday.

McCain said that she loved Domenech “very much” before revealing that the couple became engaged while they were at Mayo Clinic. Referencing her father’s battle with brain cancer, she said that the decision to become engaged was made to “celebrate life.”

Though McCain didn’t believe so, co-host Joy Behar, who in 2011 married her long-time partner of 29 years in a quiet ceremony, called the engagement story “romantic.”

RELATED: Meghan McCain argues on “The View” after Trump’s call to a military widow sparks outrages

The engagement was reported by US Weekly Wednesday while the name of her fiancé was revealed by Page Six. Among many things, Domenech is a publisher for The Federalist, a newsletter writer for The Transform, and a CBS News contributor. Domenech said, “Love you bae,” when he tweeted an article of his engagement to McCain on Wednesday night.