First Lady Melania Trump joined the President Trump on his second trip overseas, which included a stop in Warsaw, Poland.

Addressing the crowd before her husband’s speech, Trump touted his support for “security.”

Melania Trump says all people should be allowed to 'live their lives without fear' https://t.co/arioxFXpru pic.twitter.com/32KIZczVZy

“As many of you know, a main focus of my husband’s presidency is safety and security of the American people,” she said. “I think all of us can agree people should be able to live their lives without fear, no matter what country they live in.”

Trump said that she shared her husband’s concern and wished for the safety of citizens around the world. 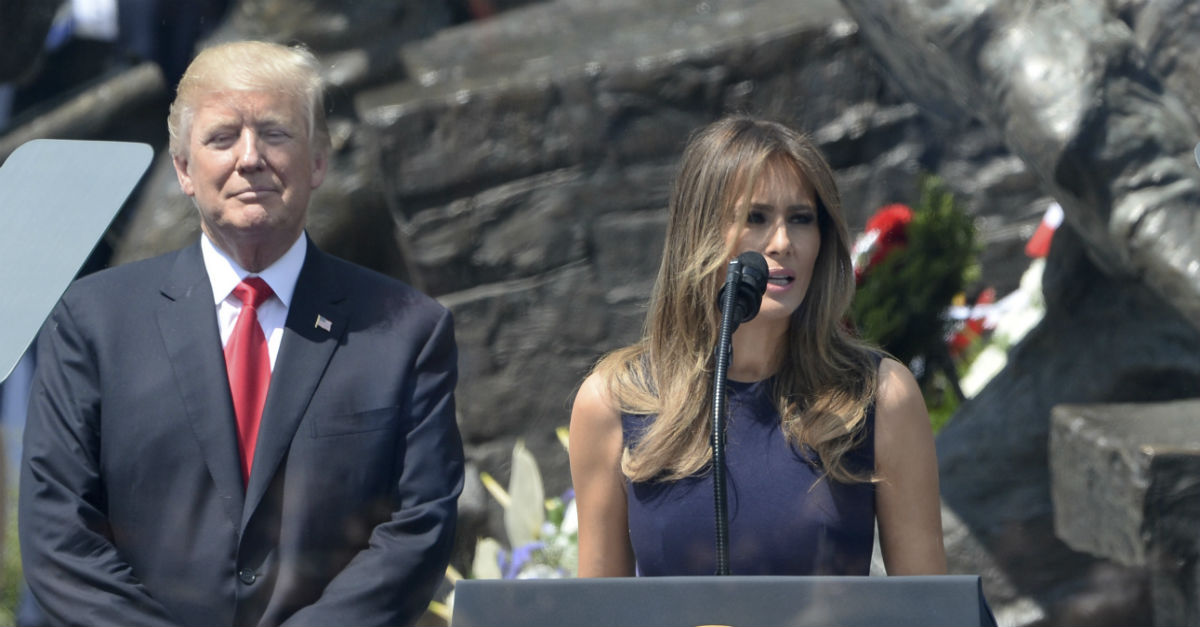