Menu
Follow us
Search
Menu
Search
MADISON, WI - MARCH 05: Filmmaker Michael Moore speaks to a crowd during a large march and rally at the Wisconsin State Capitol on March 5, 2011 in Madison, Wisconsin. Thousands of demonstrators are staging a protest at the Wisconsin State Capitol against Governor Scott Walker's attempt to push through a bill that would restrict collective bargaining for most government workers in the state. (Photo by Justin Sullivan/Getty Images)

The Washington Post’s Philip Rucker tweeted out an update in the firing fiasco that referenced the investigation into the administration’s ties to Russia:

Trump to NBC: "When I decided to [fire Comey], I said to myself, you know, this Russia thing with Trump and Russia is a made up story."

RELATED: President Trump makes thinly veiled threat to James Comey for all the world to see

OBSTRUCTION. OF. JUSTICE. IS. A. FELONY. https://t.co/kGsmvvuv2q

“OBSTRUCTION. OF. JUSTICE. IS. A. FELONY,” he tweeted in anger.

Perhaps Moore will add something about the Comey firing in his newest one-man Broadway show about Trump. 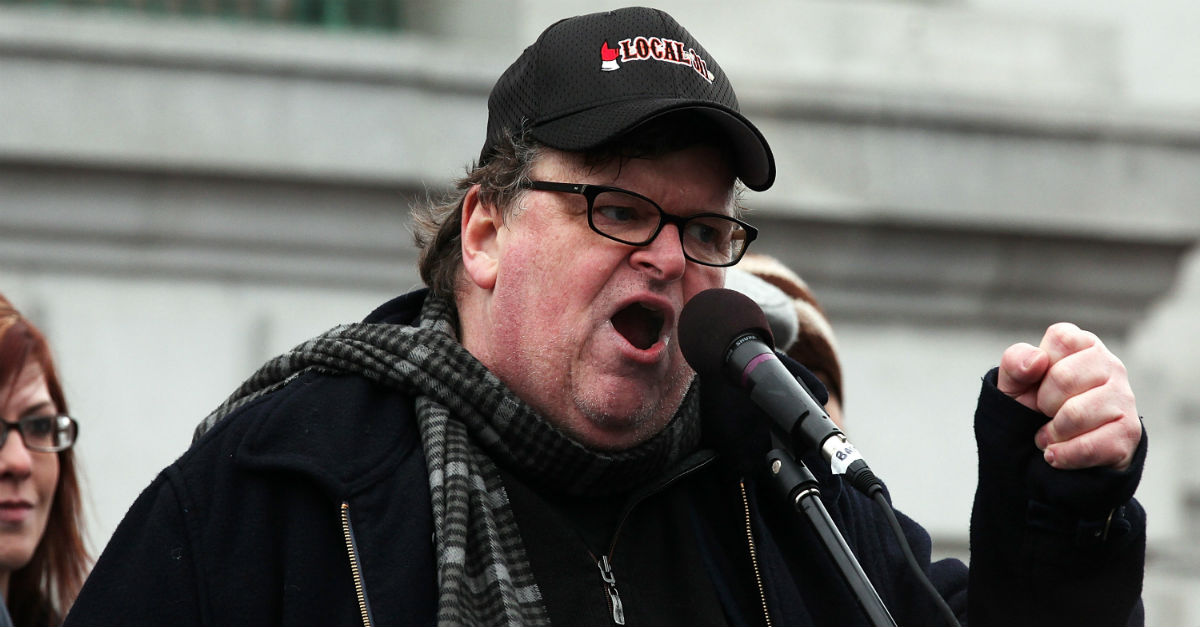