President Donald Trump’s recent address to a joint session of Congress included an emotional moment involving the widow of a Navy SEAL who was killed shortly after Trump took office.

Trump called to attention the attendance of Carryn Owens, wife of SEAL Ryan Owens, and heaped praise on her family. Owens received a thunderous series of standing ovations from those in attendance, and she was clearly overcome with emotion.

Following the address, MSNBC’s Chris Matthews spoke to Michael Moore and Bill Maher, who weren’t as impressed as others by Trump’s inclusion of the widow in his speech.

Michael Moore was particularly fired up.

“This poor woman, this widow, who has lost her husband, she is in desperate grief,” Moore said.

Moore than imagined Trump’s thought process: “’I’m going to get an Emmy for this. Most applause for a dead solider on my watch.'”

“The sickness of this man,” he added.

According to Moore, Trump’s speech had the markings of a showman and reality TV host.

“It’s all product, it’s all ‘look at the ratings, look at the applause,'” he said.

Later in the program, Maher called in to express a similarly negative tone.

“We’re living in cuckoo cloud land…we see that he doesn’t know anything. He’s just finding out that healthcare is difficult,” Maher said.

Maher also stated that he believes Trump’s legislation thus far has only helped businesses and the very wealthy.

“I don’t know how this helps the little guy,” he said. 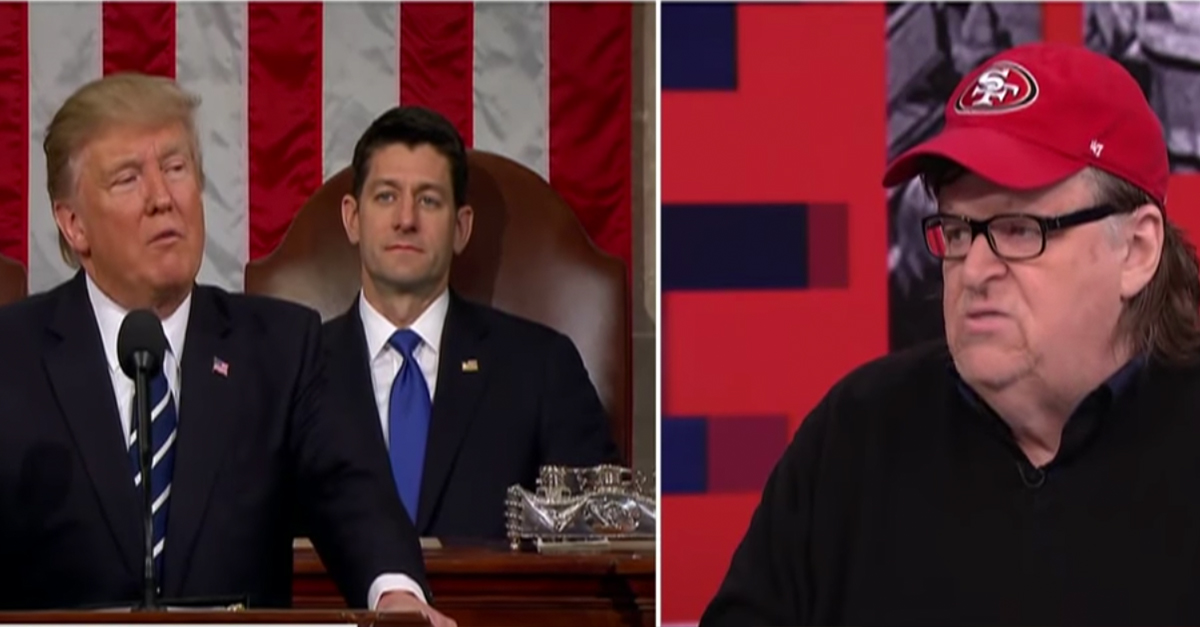