The official buzzword of 2017 is “fake news,” and everyone is obsessed with it — so much so that members of the media and politicians have taken the extra precautions to avoid any semblance of it.

House Minority Leader Nancy Pelosi didn’t do that during a Tuesday press conference and paid dearly for it online.

Speaking on the resignation of National Security Advisor Michael Flynn, Pelosi referenced a tweet that he apparently sent.

The tweet Cummings is citing here did not come from Flynn pic.twitter.com/11X88tukaA

Pelosi was informed and her reaction was reportedly captured on camera:

Aide tells Pelosi the "scapegoat" Flynn tweet was fake, "what do you mean it's fake?" She says. pic.twitter.com/tLNQswqfpb

In a time where accusations of “fake news” are running rampant, it has become increasingly important to verify information. 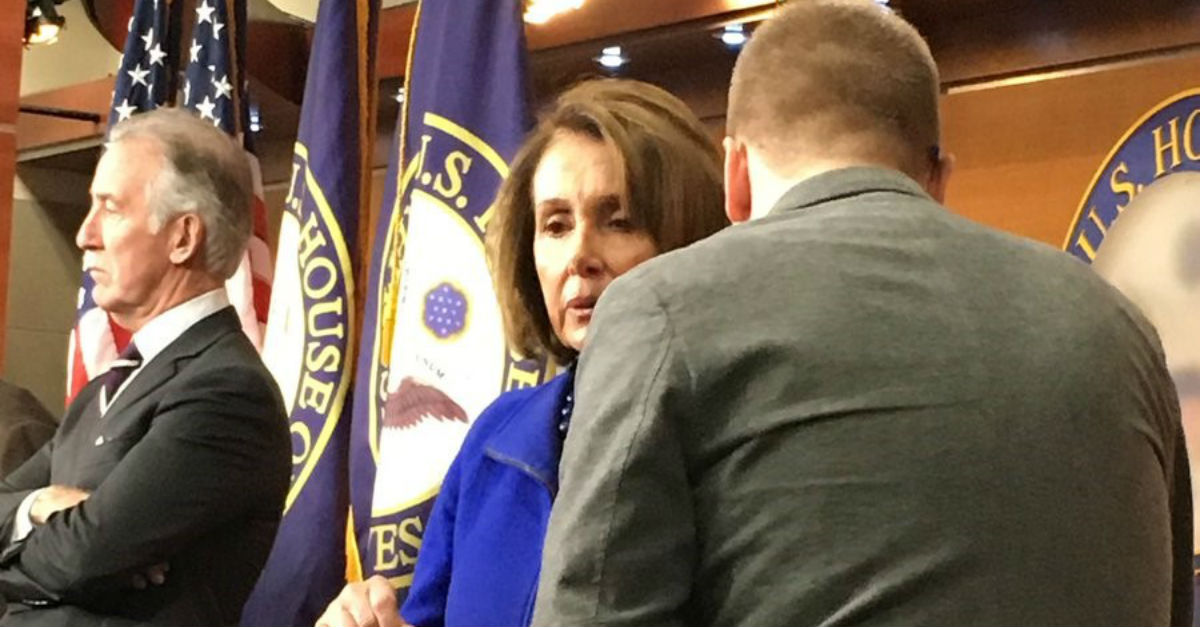