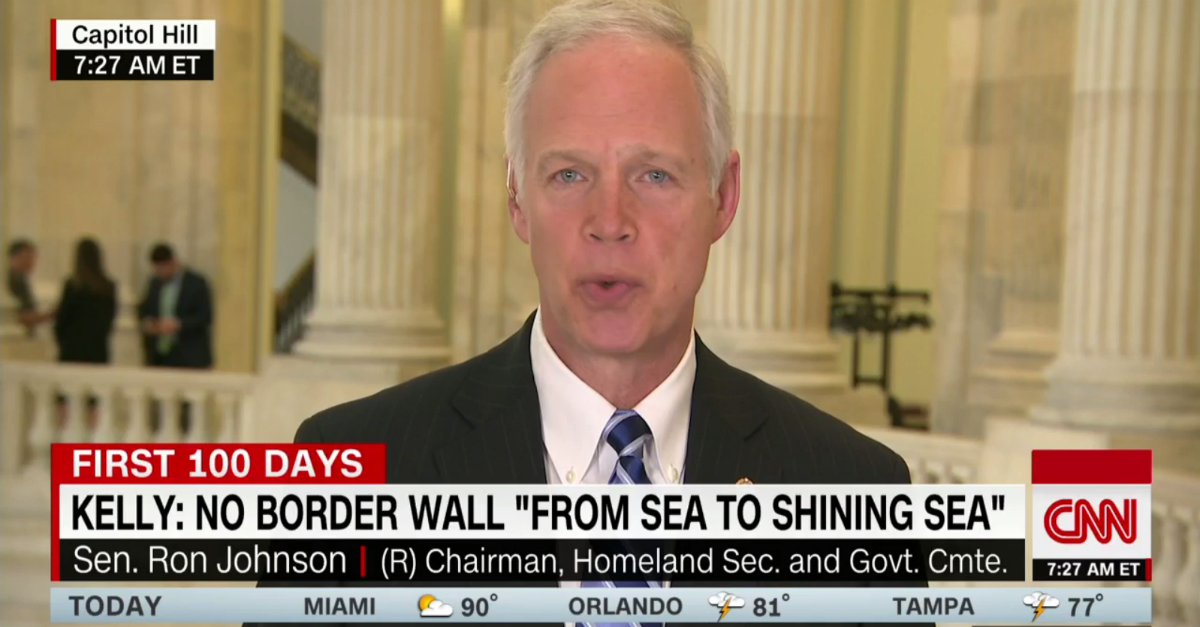 There’s been a lot of confusion regarding President Trump’s border wall, from different ideas about the final product to discrepancies about who exactly will be paying for the nearly $12 billion project.

.@SenRonJohnson: Trump's border wall is a "metaphor" for securing the border https://t.co/BJ2bTWiIRl

“I always thought the wall was a metaphor for securing the border,” said the Homeland Security and Governmental Affairs Committee chairman. He went on to explain:

We have an administration who is committed to securing the border in whatever shape and form that takes. And yes, we do need better barriers, we need better fencing. We?ve had border patrol deputies and chiefs telling us fencing works. We need more of it. But I think we are going to do this in a very thoughtful manner.

Host Chris Cuomo said that he had never heard Trump refer to the wall as a metaphor but thanked Johnson for his explanation.

RELATED: Lindsey Graham unified Americans with a relatable tweet about alcohol and the border wall

On Wednesday, Department of Homeland Security Secretary John F. Kelly said that it was unlikely the proposed border wall would cover the U.S.-Mexico border from coast to coast:

DHS Sec Kelly this morning at Senate hearing: "It is unlikely that we will build a wall, a physical barrier, from sea to shining sea."