The Women’s March on Washington attracted a bit of a controversy after a pro-life group called the New Wave Feminists were added as a partner to the program.

Just some hours after an article from The Atlantic was published regarding the inclusivity of the march’s organizers, the pro-life group was removed from the list of partners in response to heavy criticism. Not only that, but the march organizers doubled-down on their abortion platform, stating that individuals who agreed with the platform were more than free to march.

RELATED: Pro-lifers should be proud they were disinvited from that feminist march

Omarosa Manigault, the Office of Public Liaison communications director, appeared on a Thursday segment of “Fox & Friends” to speak about the events that had transpired.

Manigault criticized the march’s actions, particularly the march’s use of the term “inclusive.”

“If you don’t share their views or i.e. if you’re not a Democrat, then they don’t want you to take part in this march,” she jabbed.

Manigault also said that President-elect Donald Trump’s administration would be dedicated to women’s issues and said that the topic also included family issues, economic prosperity and healthcare. “And these women, if you aren’t sharing their views, don’t come march, don’t come lend your voice. It is not representative of what this country is all about,” she said.

Manigault was not finished. “Enough is enough of this division,” she said, calling for unity. 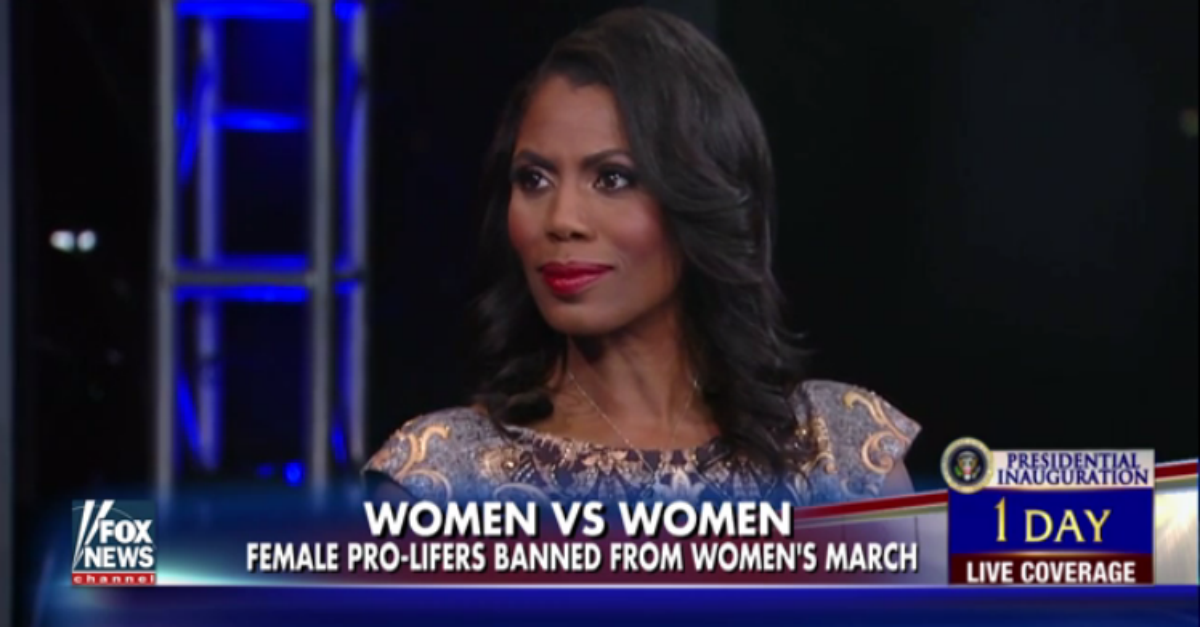