Host of CNN’s “State of the Union” and “The Lead” Jake Tapper is having his moment. Since President Trump took office, the normally middle-of-the-road reporter has gone after the new president and his administration at every turn and has received a positive response for his no-holds-barred approach.

On Friday night’s “Real Time with Bill Maher,” host Bill Maher asked him why his coverage and style had changed recently. Tapper responded by saying that “politicians lie” and that didn’t just come about Jan. 20 when Donald Trump took office. However, he said that he’s never seen this “level of falsehood.”

“Just quantitatively. It’s not just ‘If you like your doctor you can keep your doctor,’” he said, “it’s conspiracy theories based on nothing that have members of his own party distancing themselves from him. And, it’s combined with an attempt to discredit the entire fourth estate, the entire media, we’re all fake news except for ‘Fox & Friends.’”

Maher asked if he took Trump’s accusations against the media “personally” to which Tapper responded that he didn’t but that the thing that “offended” him was when Trump said that Sen. John McCain wasn’t a war hero.

After Maher suggested that Tapper risks being ignored by Trump supporters because they believe that anyone who criticizes the president is being biased, the CNN host said he didn’t buy into that “paradigm.”

Although Tapper continuously railed against Trump, he did show his nonbiased approach in his estimation of Trump’s supporters, saying that many of them voted for Trump “despite” his shortcomings, not because of them.

Watch his full interview above. 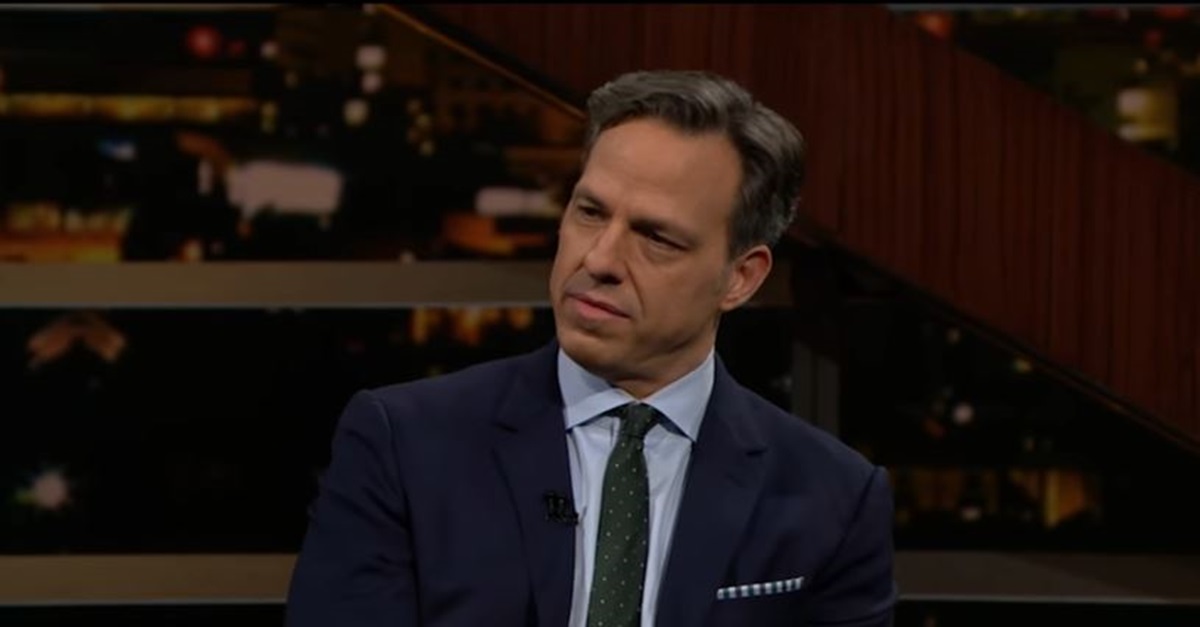