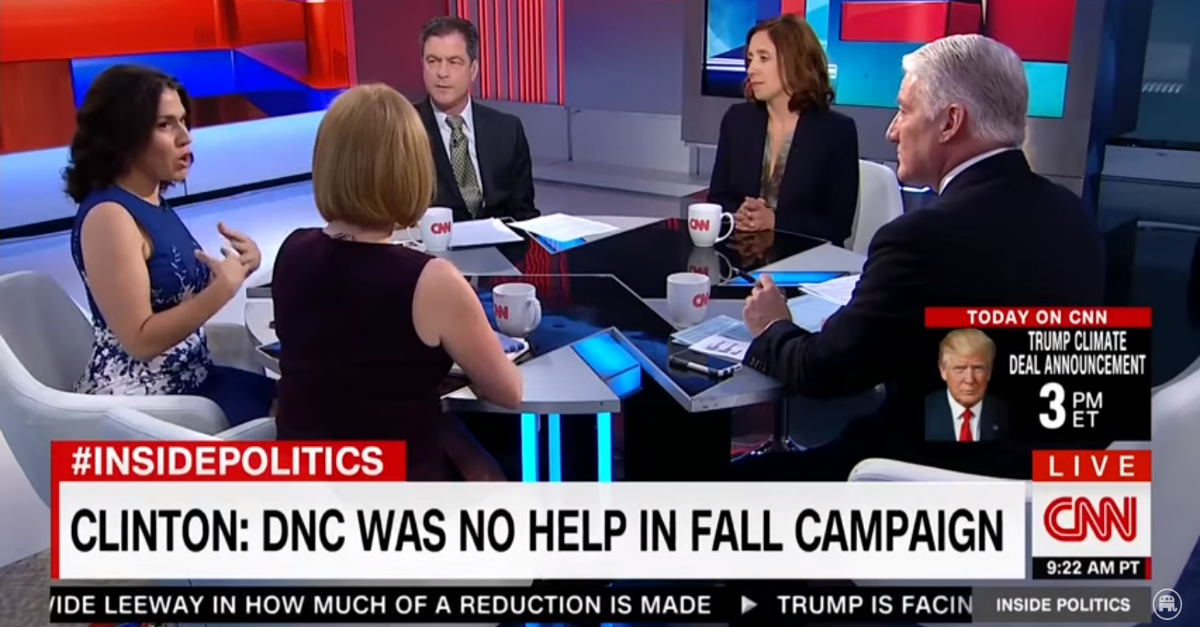 A CNN panel had a lot to say about former Secretary of State and Democratic presidential nominee Hillary Clinton and her continued appearance in politics during a discussion on “Inside Politics with John King.”

Julie Pace of the Associated Press said that it was time for Clinton to realize that the American public is still interested in discussing what went wrong in the 2016 presidential election.

RELATED: After President Trump said he was elected to represent the voters of Pittsburgh, Pittsburgh’s mayor stepped in

“And there’s the trying to have it both ways,” added Jackie Kucinich of The Daily Beast. Kucinich criticized Clinton’s tendency to both take some blame for her loss and then place it on other factors. Kucinich argued that Clinton appeared to be burning bridges.

Karoun Demirjian of the Washington Post agreed, saying that Clinton’s blame of factors such as support from the Democratic National Committee was oddly paced.

“You don’t understand: The Russians cloaked Wisconsin,” joked anchor John King, “so she couldn’t find it on a map to get there and campaign there.”