Trump’s image with women has been a difficult one to overcome, especially after his conduct during the election cycle.

The ladies of ABC’s “The View” were left stunned.

RELATED: A disagreement over “A Day Without Women” ended in a heated debate about abortion

Whoopi Goldberg read his tweets aloud with audible surprise in her voice.

“I have to tell you, I’m not sure how to take these tweets,” she admitted.

Jedediah Bila wasn’t too sure of the sincerity of Trump’s tweet, suggesting that it was an obligatory statement. That said, Bila said that the tweet might have been a sign that Trump was learning about better communication.

“I’m glad that he put the tweet out,” she said — but not without a call for accountability on Trump’s end.

Sunny Hostin channeled Maya Angelou: “When someone shows you who they are believe them; the first time.” Hostin also thought Trump’s statement was disingenuous. Bila argued that he would have received criticism had he not made the statement.

Joy Behar criticized Trump for saying that he had “tremendous respect for women” despite negative statements he has made about them. Sarah Haines had a similar thought, saying that Trump’s words and actions did not match. 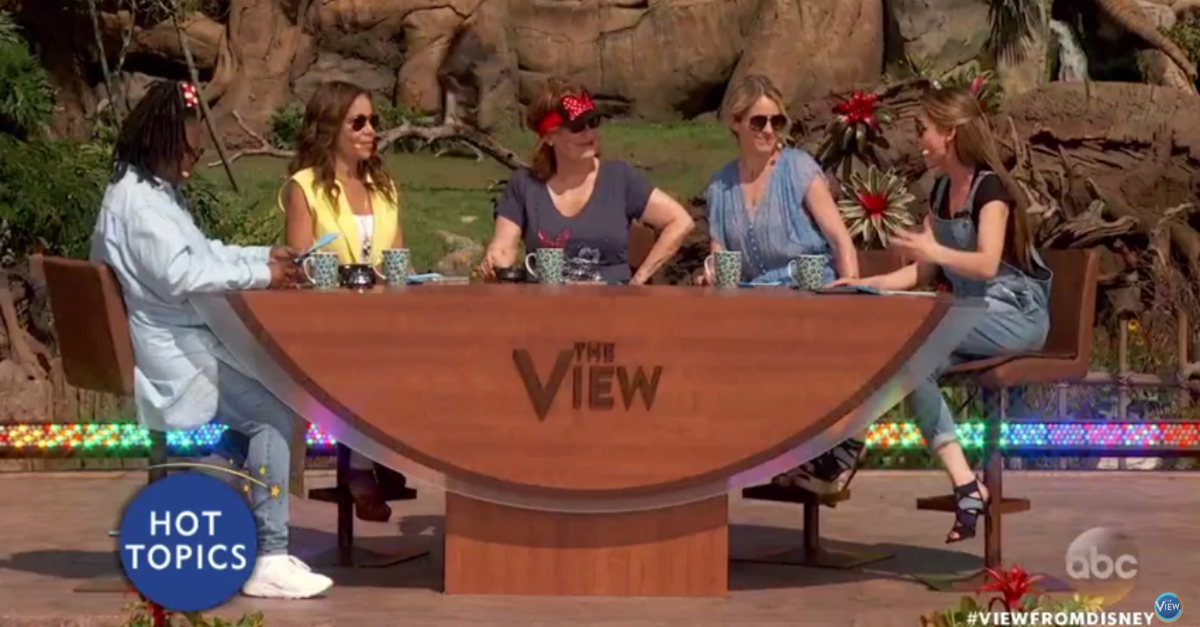