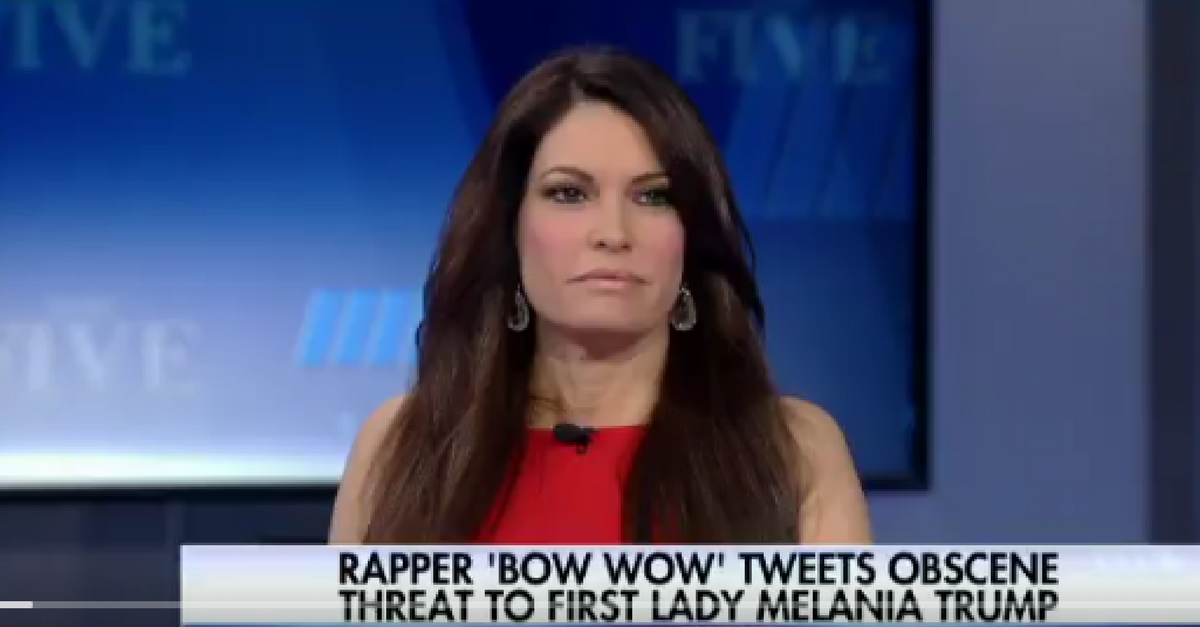 On Thursday’s episode of Fox News’ “The Five,” co-host Kimberly Guilfoyle suggested that rappers Snoop Dogg and Bow Wow ought to be paid a “visit” the Secret Service for their recent attacks on President Trump.

It all started when Snoop Dogg pointed a gun at a clown version of Trump in his new music video for “Lavender.” The video was predictably not taken well by the president, who took the time to tweet, “Can you imagine what the outcry would be if @SnoopDogg, failing career and all, had aimed and fired the gun at President Obama? Jail time!”

Can you imagine what the outcry would be if @SnoopDogg, failing career and all, had aimed and fired the gun at President Obama? Jail time!

RELATED: “Empire” actor wonders where President Trump was on threats of violence against a president before his Snoop Dogg tweet

Bow Wow, in an attempt to come to Snoop’s defense, wrote back at Trump in a since deleted tweet and dragged the first lady into the feud, saying, “Ayo @realDonaldTrump shut your punk ass up talking shit about my uncle @SnoopDogg before we pimp your wife and make her work for us.”

“What should the Secret Service do, Kimberly?” co-host Greg Gutfeld asked.

“Kill them?” she suggested in what appeared to be a joke. “Kill them.”

After the rest of the panel laughed at her remark, she gave a more serious answer.

“No, I think it would be fantastic if Snoop and wannabe Snoop got a visit from like the federal marshals and let’s see how tough and gangster they are then,” she said. “Honestly, this is horrible behavior.”

.@kimguilfoyle: "It would be fantastic if Snoop and wannabe-Snoop got a visit from the federal marshals." #TheFive pic.twitter.com/h7iNkH7uOP