Prominent conservative groups, representatives, and senators took a stand against their own party’s actions. The House Republicans’ American Health Care Act, which contains many parts of Obamacare that Republicans spent years campaigning against, has been dubbed “Obamacare 2.0,” “Obamacare-lite” and “RyanCare.”

And just like that, the internet had some jokes:

I left a meeting to make this pic.twitter.com/mcS7cnAySy

Some anticipated the “Saturday Night Live” skit that was sure to come:

Only been watching this Paul Ryan PowerPoint presentation for 2 minutes, and I can already tell it'll be an even more hilarious SNL skit.

Others thought they saw a little bit of only Michael Scott in Ryan:

And there were some jokes about a new career for Ryan:

Professor Ryan! I have a question… #Trumpcare pic.twitter.com/JQ6roA3YkW 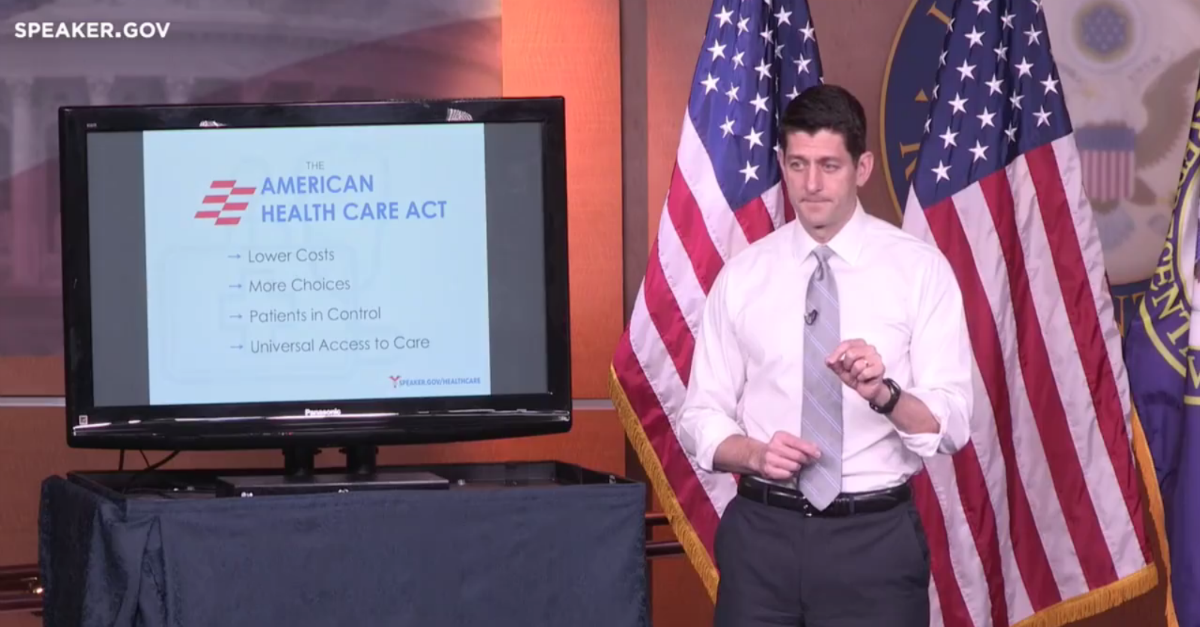