Piers Morgan took an uncommon stance on the viral video of a group of college sorority girls singing a Kanye West song containing the n-word.

In an editorial published in the Daily Mail on Thursday, Morgan called the idea that the girls are racists “utter nonsense.” He said that branding the students as “dumb racists” is ridiculous “even by the pathetically easily offended snowflake standards of modern day US campuses.”

RELATED: Piers Morgan’s “Good Morning Britain” co-host Susanna Reid nearly blocked out the sun with the shade she threw at him

To support his argument, Morgan pointed to the popularity of the song they were singing — “Gold Digger” by Kanye West. He noted that the tune won a Grammy for Best Rap Solo Performance and sold over three million copies in the United States. The television star, who serves as the editor-at-large for the Daily Mail’s website, posited that the girls are not to blame because “they didn’t write the song, Kanye West did. They didn’t make millions of dollars from that song, Kanye West did.”

Morgan claims that he wishes that the word could be “expunged from society,” but that as long as rappers pepper their songs with the term, fans will use it as well. He closes with the declaration “these Alpha Phi Sorority sisters did nothing wrong. If you want someone to blame, then blame Kanye West.”

The Brit’s piece sparked its own bout of outrage on social media where “troll” was one of the nicer terms used to describe him. Former Obama adviser and popular podcaster Dan Pfeiffer joked “The fact that Piers Morgan was a giant failure here is perhaps our greatest argument for American exceptionalism.” 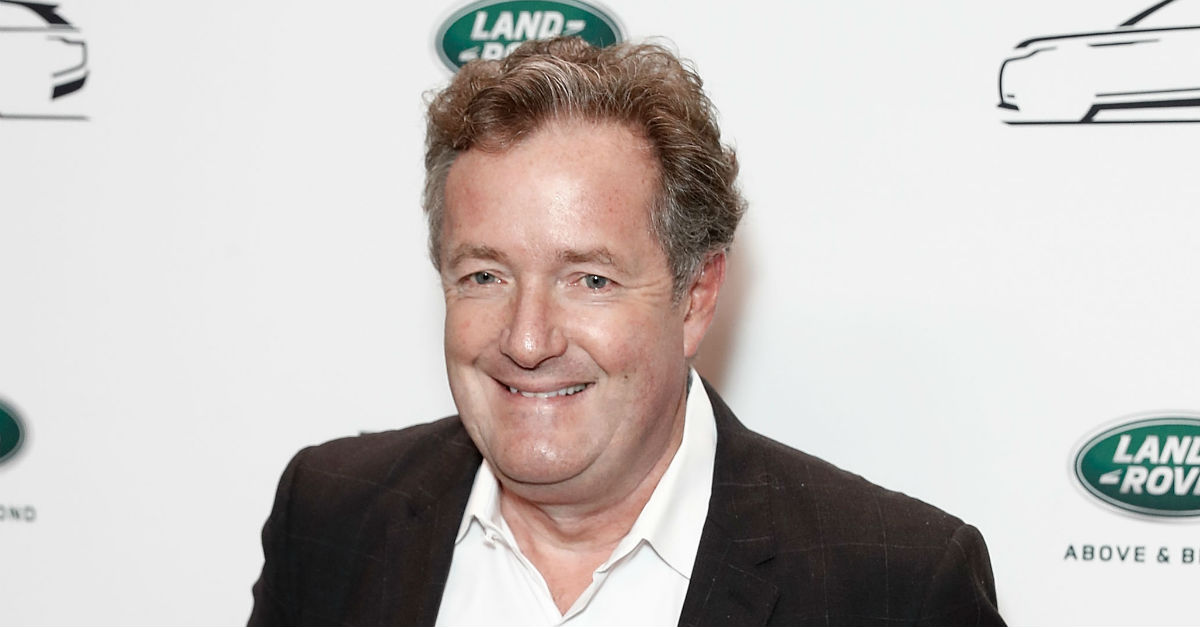