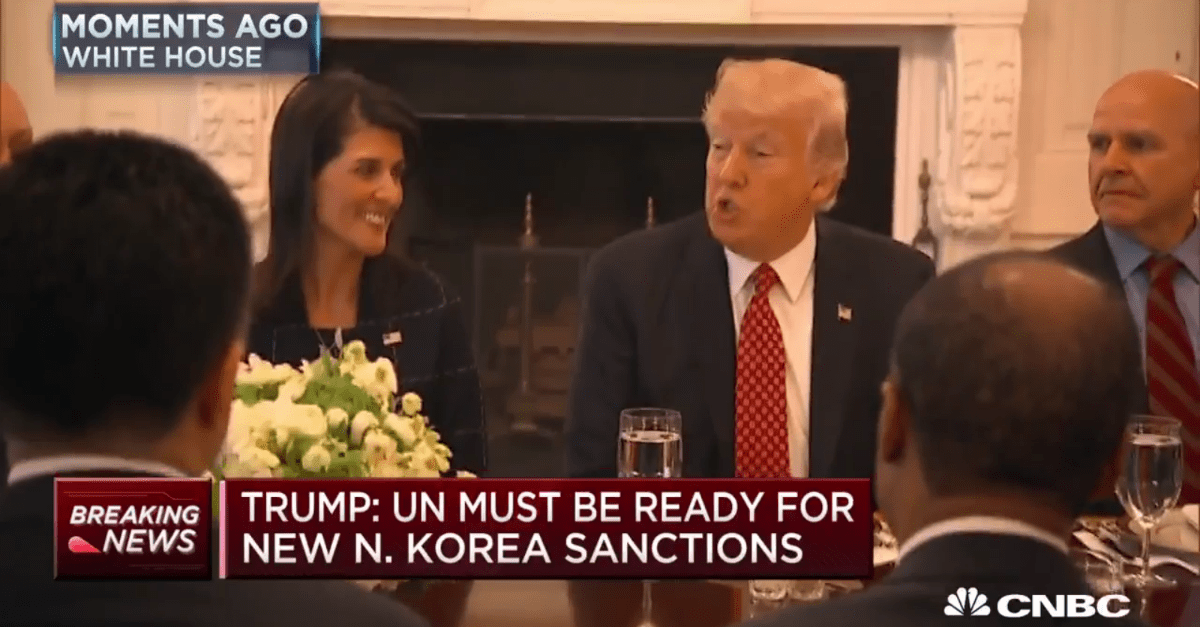 United Nations Ambassador Nikki Haley has earned positive coverage for her direct approach while addressing the Russian ambassador for its support for Bashar al-Assad’s Syrian regime.

Despite the positive press, President Trump made an odd joke while dining with Haley and members of the United Nations Security Council:

Trump asks UN Security Council members: "Does everybody like Nikki [Haley]"?
"Otherwise she can easily be replaced. Nah, we won't do that" pic.twitter.com/adtfPXN2ZM

RELATED: After the strike in Syria, Amb. Nikki Haley spoke at the UN and warned that the U.S. is “prepared to do more”

Trump thanked Haley for “outstanding leadership” and acting as his “personal envoy on the Security Council.”

“Now, does everybody like Nikki?” he asked the group. “Because if you don’t […] Otherwise, she can easily be replaced.”

Trump then recovered from the oddly timed statement by promising that he wouldn’t fire Haley.