February 1 marks the beginning of Black History Month, and President Trump kicked off the festivities in his own special way.

While hosting an African-American History Month listening session, Trump spoke highly of various historical black figures such as Frederick Douglass, who Trump observed was being “recognized more and more.”

He also took the time to thank some of his supporters in the room, but at the price of some personal thoughts regarding “fake news:”

RELATED: Omarosa got sassy about when someone questioned her accomplishments

While praising CNN commentator and GOP communications strategist Paris Dennard, Trump said that he didn’t get to see Dennard as much considering he did not watch CNN. “I don’t like watching fake news,” he said. 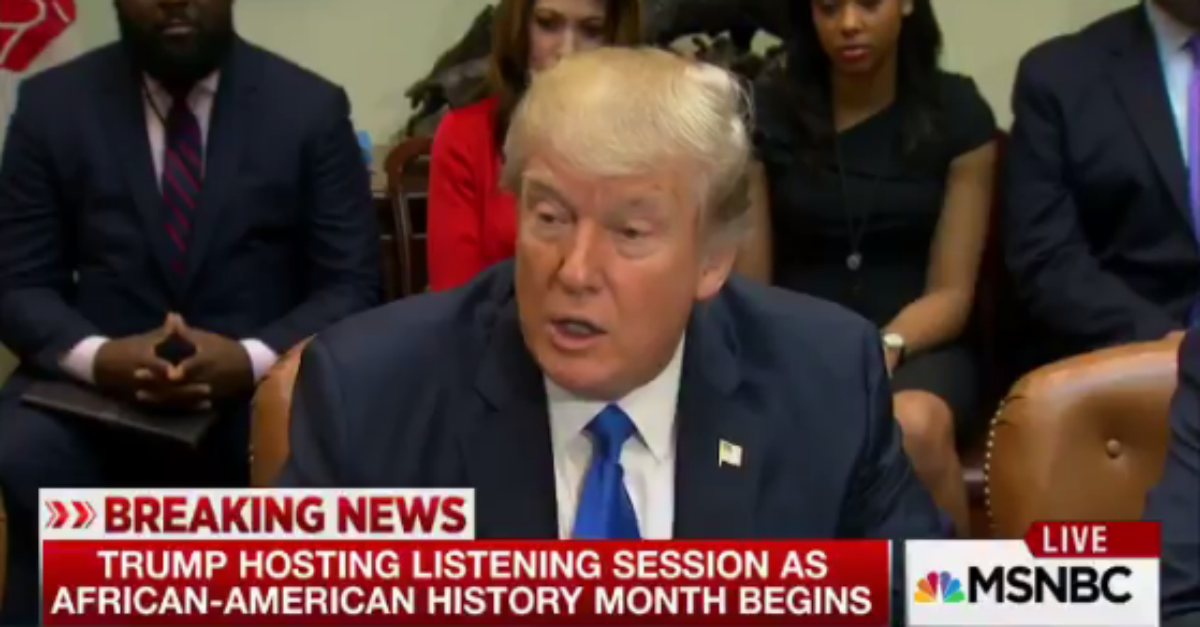