President Donald Trump gets a new defender after last week’s comments, and she’s an old rival of Melania’s 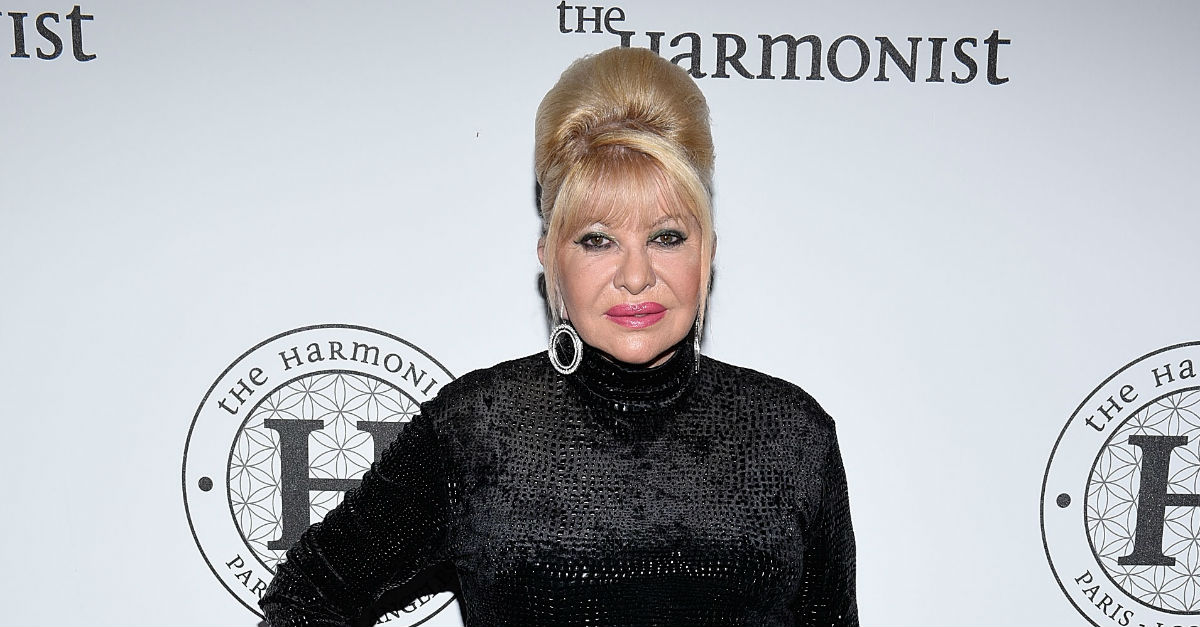 President Trump has another person in his corner in the middle of his newest controversy.

Several news sources said they independently confirmed that Trump asked, “Why are we having all these people from s**thole countries come here?” during a meeting about immigration negotiations. He was speaking in reference to El Salvador, Haiti and several African countries.

As senators went back and forth over whether or not the comments were made, Ivana Trump, the president’s first wife, came to the defense of her husband.

“I don’t think Donald’s racist at all,” she said during an appearance on “Good Morning Britain.” “Sometimes he says things which are silly or he doesn’t really mean them … but he’s definitely not racist.”

When asked why the president might say something that’s “silly,” she suggested that it might be out of confusion.

“He has so many people left and right telling him what to say and what not to say … and sometimes maybe it gets confusing,” she replied.

The former Trump wife stirred a bit of drama several times over the past few months when she declared herself the real “first lady” and the “first Trump lady.” She was speaking of a previous life when she was married to the president from 1977 to 1992. The pair then divorced following his affair with his eventual second wife, Marla Maples. Both he and Maples, who parented Tiffany Trump, were married in 1993.

Though she still harbors a grudge against Maples, she insisted that despite the separation, she and the president remain good friends.

First Lady Melania Trump brushed off the assertion and released the following statement via a spokesperson: