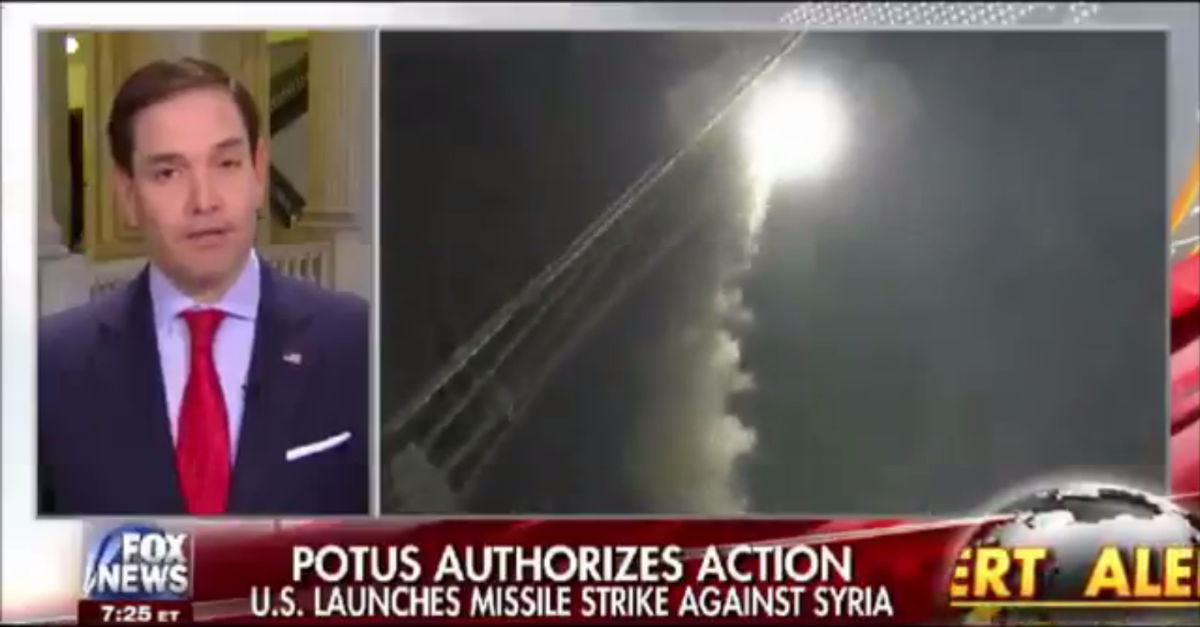 Late Thursday evening, President Trump launched a US airstrike on a Syrian airfield.

While there have been questions over the legality of Trump’s actions, since he did not get congressional authorization for the strike, the president is finding support among some unlikely voices.

.@marcorubio responds to lawmakers pushing back against #SyriaStrikes: "We don't have 535 commander-in-chiefs. We have one." pic.twitter.com/aRcYsoQzao

On “FOX & Friends,” Rubio addressed the criticism that Trump did not go through Congress by saying, “We don’t have 535 commander-in-chiefs, we have one.”

Rubio did not see the strike as “an act of war,” but rather Trump protecting U.S. “national security interests.” Rubio said that Trump’s actions were both “legal” and “appropriate.”

Republican @marcorubio on U.S. airstrikes on Syrian airbase: "It was the right move … it was legal" https://t.co/Z3pnUTfhjy

His comments on CNN’s “New Day” were similar. He said that Trump was justified because the Syrian government broke international law by initiating a deadly chemical weapons attack on Tuesday.