President Trump recalls the moment he told the Chinese president about the U.S. airstrike in Syria 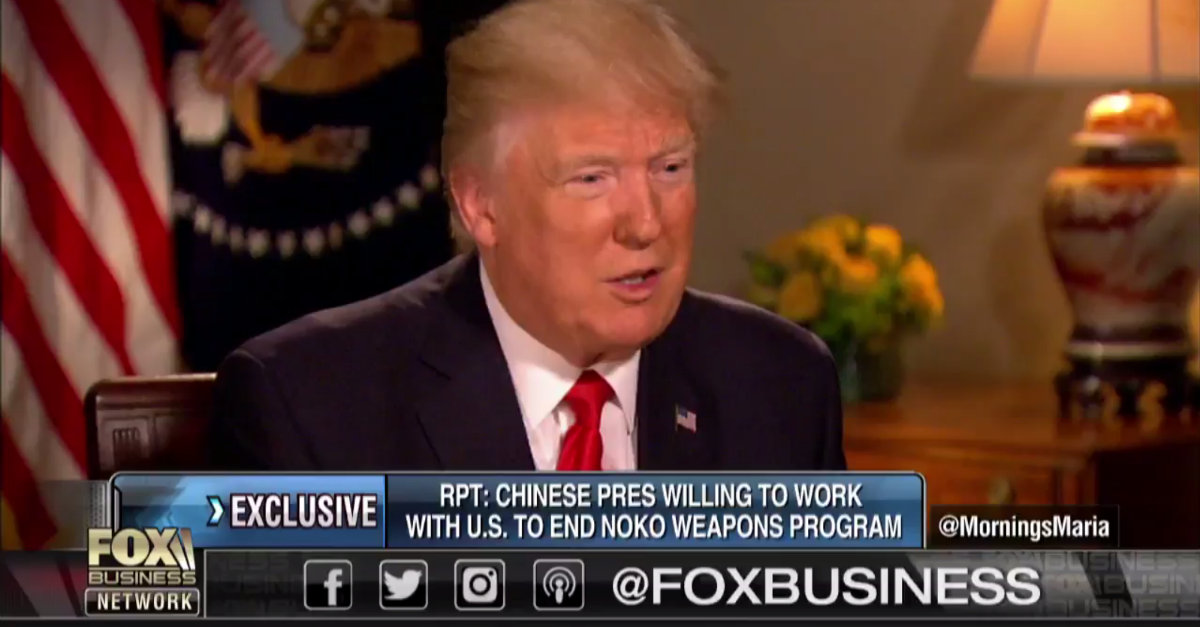 President Trump launched a U.S. airstrike on a Syrian airfield late Thursday night in response to the Syrian government initiating a deadly chemical weapons attack on its people. Trump was meeting with Chinese President Xi Jinping at the time of the strike in Mar-a-Lago, his Florida estate.

Nearly a week afterward, Trump described to Fox Business the moment he informed Xi of the strike:

.@POTUS tells @MariaBartiromo he told President Xi about the Missile strikes over "the most beautiful piece of chocolate cake." pic.twitter.com/vPLu7ZhxbR

RELATED: President Trump says Hillary Clinton would be “going to trial” if not for FBI Director James Comey

Trump reportedly told him over dinner and added in details of the meal.

“We’re now having dessert,” he explained, “and we had the most beautiful piece of chocolate cake that you’ve ever seen.” Trump said that Xi was also enjoying his dessert.

The president continued with his retelling, adding in a praise of American technology. “No one can even come close to competing,” he said.

Nearly finished, Trump mistakenly said the strike targeted Iraq. The mistake was quickly caught, and he made sure to say that the attack hit Syria.