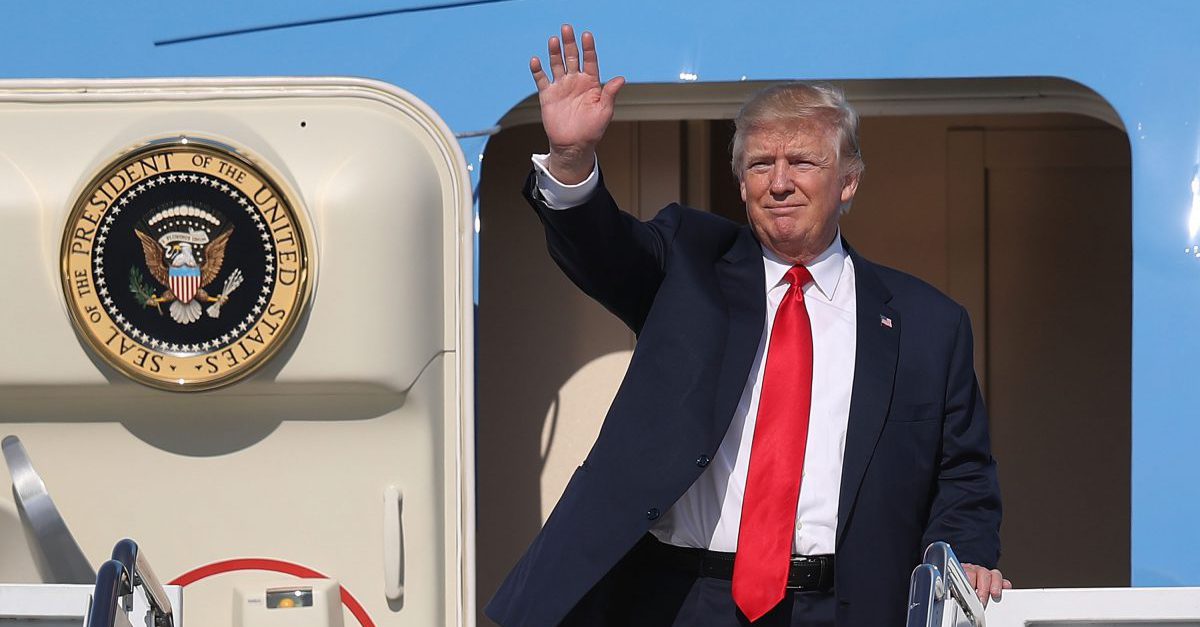 Joe Raedle/Getty Images
WEST PALM BEACH, FL - FEBRUARY 17: President Donald Trump waves as he arrives on Air Force One at the Palm Beach International Airport to spend part of the weekend at Mar-a-Lago resort on February 17, 2017 in West Palm Beach, Florida. President Trump is scheduled to have a campaign rally in Melbourne, FL tomorrow. (Photo by Joe Raedle/Getty Images)

On Saturday, President Trump invited President of the Philippines Rodrigo Duterte to the White House amid a “very friendly” phone call with the controversial leader.

Only a few days after the news, Trump revealed in a Monday interview with Bloomberg News that he would be willing to meet with another controversial figure: North Korean dictator Kim Jong-un.

RELATED: Watch how Donald Trump responded to a question about Kim Jong-un and dealing with North Korea heading forward

The president explained that he would meet with the North Korean leader if he absolutely needed to.

“If it would be appropriate for me to meet with him, I would absolutely. I would be honored to do it,” he said. “If it?s under the, again, under the right circumstances. But I would do that.”

The dictator has not met with any world leader since assuming leadership in 2011.